DownloadAIPGDEE 2015 Admit Card from the link given below:

Stay tuned to medicine.careers360.com for more news and feature related to AIPGDEE 2015

NEET MDS Eligibility Criteria 2021 - It is important to fulfil...

sir ,what is the procedure of councelling for neet mds to get a seat in coorg dental college for a non resident of Karnataka and what is the cutoff marks for orthodontics for general category.plz reply

http://www.cids.edu.in/Coorg_Institute_of_Dental_collage_Admission.html#4
Kindly follow the link for MDS admission. They shall be updating about it in the coming future.
There are 6 seats in Orthodontics and the last score for open category was 522.
Hope this answers your query.
Thank you. And all the best.
Read More
Answer

Neet Mds cutoff come down again?! my score 171obc if still many seat r left.... after mop up round still seat r left the ill revised again?! help me out

In general, there are 2 Rounds and a Mop up round that are conducted. This year for NEET MDS 2020, the cut offs have been reduced by 18.935 percentage which is approximately 66 marks across all Categories. Now the new Cut offs are as follows:

And the revised marks are as follows:

Those Candidates who have secured the cut off now will be eligible for Mop up round conducted by the MCC and remaining rounds of State Counselling. But the chances of cut offs being reduced after Mop Up round are nil because the vacant seats are filled either through Stray vacancy round or transferred back to the respective States. The OBC revised cut off is 188 and you scored 171 and unfortunately they cannot be revised again.

for more details feel free to ask us

I have not been allotted any seat in second counselling of neet mds.is it compulsory to attend mop up round and will my security money be refunded? 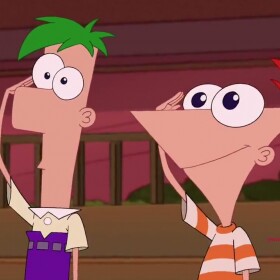 No, it is not necessary.. its just that you are eligible for attending mop up round, since you have not been allotted any seats..In the end its always your choice..

And also, your deposit would be refunded not immediately but definitely..later you might be asked to apply for the refund and they would verify it and deposit it in your bank account.. But your entire amount may not be refunded certain percentage might be taken for participation and other things...chances are that 80%-85% would be refunded.

The cutofffor general category is 50th percentile, while for SC/ST/OBC, it is 40th percentile and for UR-PwD it is 45th percentile. The marks equivalent to the qualifying cutoffpercentile have been declared along with the result of NEET MDS 2020.

Your NEET MDS brochure has been successfully mailed to your registered email id .