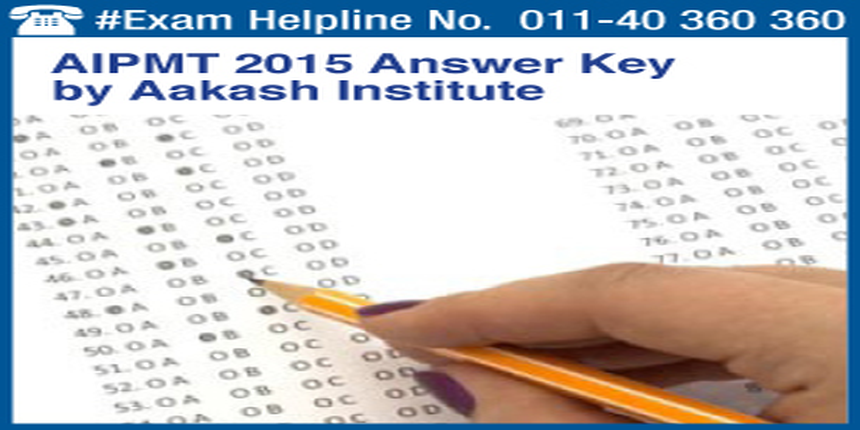 Candidates can download AIPMT 2015 retest answer key released by Aakash Institute from the link given below. With the help of AIPMT 2015 Answer Key candidates can calculate their scores based on the questions they have attempted in the exam. There are 45 questions from each section of Physics, Chemistry and 90 from Biology (Botany and Zoology).

According to officials, candidates will get 4 marks for each correct response and 1 mark will be deducted for each wrong answer.

Candidates can predict their rank in AIPMT 2015 with the help of AIPMT 2015 rank predictor.

Based on AIPMT 2015 Cut off score, the examination authority Central Board of Secondary Education (CBSE) will prepare merit list of all the qualified candidates. According to officials, the AIPMT 2015 Cut off will be declared along with the declaration of result. The AIPMT 2015 result will be declared for only those candidates who will secure the qualifying in entrance test. The online counselling of AIPMT 2015 for 15% All India Quota Seats will begin tentatively in the month of July.

How to calculate AIPMT 2015 Score:

You can download AIPMT 2015 Retest Answer Key by Aakash Institute from the table given below:

From the table given below candidates can download AIPMT 2015 Answer Key which was held on May 3, 2015:

Stay tuned to medicine.careers360.com for more news and feature related to AIPMT 2015 Exam