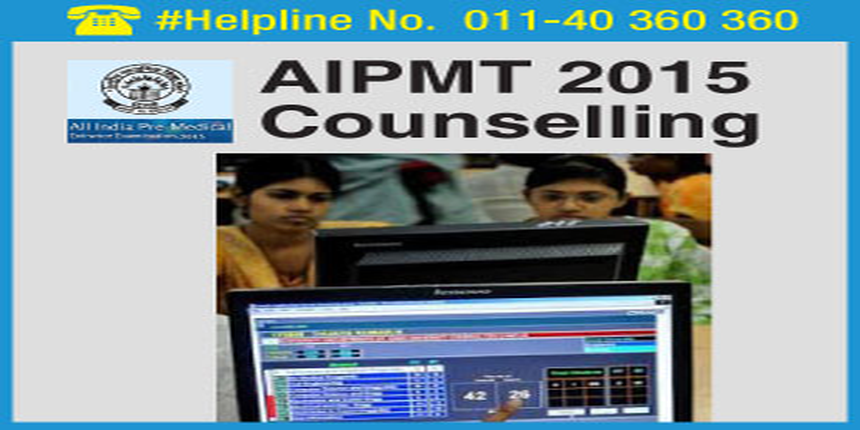 The re-exam of AIPMT 2015 has been conducted on July 25 by examination authority Central Board of Secondary Education (CBSE) after it was cancelled by the Supreme Court on June 15, 2015 due to leakage of answer keys.

Earlier, AIPMT 2015 was held on May 3, 2015 across 1050 exam centers across India. According to officials, around 6 lakh candidates appeared for the test.

For admission to 85% state quota seats through AIPMT 2015 score, CBSE will prepare State level merit list of successful candidates for each participating state.  The list of successful candidates will be forwarded to the Directorate of Medical Education of the State concerned for the purpose of allotment of MBBS and BDS seats by online counselling/personal appearance by following the rules and reservation policies applicable to the State/UT concerned.

For MBBS and BDS Seats of AFMC, Delhi University, BHU and Jamia Hamrad

For admission to MBBS and BDS seats in AIPMT 2015 participating Medical Colleges, CBSE will prepare the merit list of all the successful candidates for each participating medical colleges. The list will be forwarded to respective medical institutions for the purpose of allotment of MBBS and BDS seats by online counselling/personal appearance by following the rules and reservation policies as applicable.

AIPMT 2015 Counselling will be conducted online in three rounds beginning from August 19. The counselling finally concludes on September 15, 2015 with transfer of vacant seats to respective states.

AIPMT 2015 online counselling will be done only for those candidates who are qualified for 15% All India Quota (AIQ) seats. The table given below shows the rank range of candidates under different categories eligible for counselling.

The table below shows the number of MBBS and BDS seats available at various phases of AIPMT 2015 counselling.

AIPMT 2015 counselling is to be conducted on three rounds. Online allotment of seat will be done strictly on the basis of merit of the qualified candidates based on their choice and availability of seat, as per counseling norms.

Candidates can register for AIPMT 2015 counselling from the link given below:

2. AIPMT 2015 Counselling Exercising of Choices and Locking – Candidates can select colleges available and lock the same by clicking on save button. At this stage candidates can interchange their choices and delete the multiple choices chosen by them. Choices once locked can’t be unlocked. After locking choice the list of selected medical and dental colleges will be shown on screen

3. Process of Seat Allotment in AIPMT 2015 Counselling Round 1 – Based on the candidates rank in merit list and availability seats in seats will be allotted to candidates in chosen medical and dental college’s

4.  AIPMT 2015 Counselling Round 1 Result Publish – The result will show allotted institute to candidates as per their rank and choice

5.  Reporting at the Allotted Medical /Dental College against 1st Round – Candidates have to take admission to the allotted institutions within the given dates

The second round of online allotment process of AIPMT 2015 counselling is an up-gradation of choice round. At this stage there is no fresh registration and choice submission in 2 round of AIPMT counseling. Choices of main counseling (submitted before round 1) will be considered for allotment of medical colleges and seats.

In AIPMT 2015 counselling the newly created MBBS/BDS seats are already known and included in seat matrix, as the Central Government has already granted permission to Medical Colleges and Dental Colleges. Therefore, for AIPMT 2015 online Counseling Round 3 there will be an up-gradation round without fresh choice filling.

Last Year AIPMT opening and closing rank some of the well-known Medical Colleges is given below: