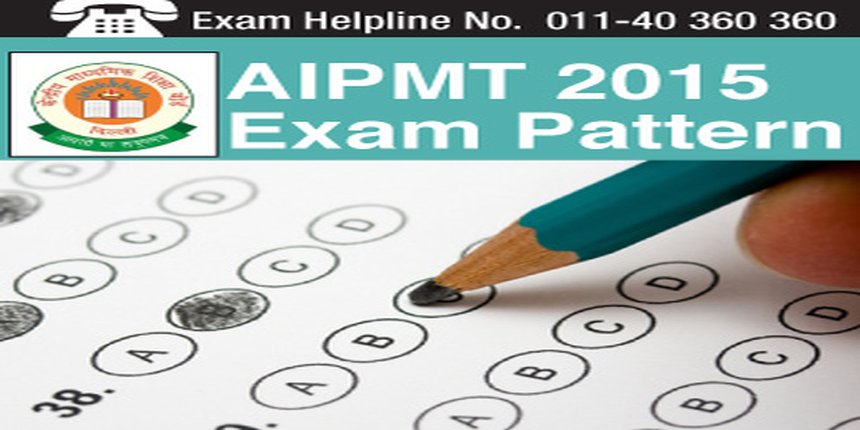 AIPMT 2015 Exam Pattern - The exam pattern of AIPMT 2015 provides an overview to candidates about exam duration, number of question and marking scheme. Aspirants who will take AIPMT 2015 entrance exam can read the exam pattern so as to prepare well for the exam. According to the official notification AIPMT 2015 retest is scheduled to be held on July 25, 2015.

The AIPMT 2015 retest has been scheduled after the exam has been cancelled by the Supreme Court on June 15, 2015 due to leakage of answer keys. Earlier, AIPMT 2015 was held on May 3, 2015 across 1050 exam centers across India. According to officials, around 6 lakh candidates appeared for the test.

The aspirants who are seeking their admission under 15% All India Quota in Government medical and dental colleges of India (excluding Andhra Pradesh, Telangana and Jammu & Kashmir) must perform well in exam to secure minimum qualifying marks.

Important Highlights of AIPMT 2015 Exam Pattern is Given Below:

Qualifying Marks: The category wise qualifying mark for AIPMT 2015 is mentioned below:

AIPMT 2015 Exam Pattern and Number of Questions: The exam booklet will have 45 questions from each sections of Physics, Chemistry, Botany and Zoology as shown below.