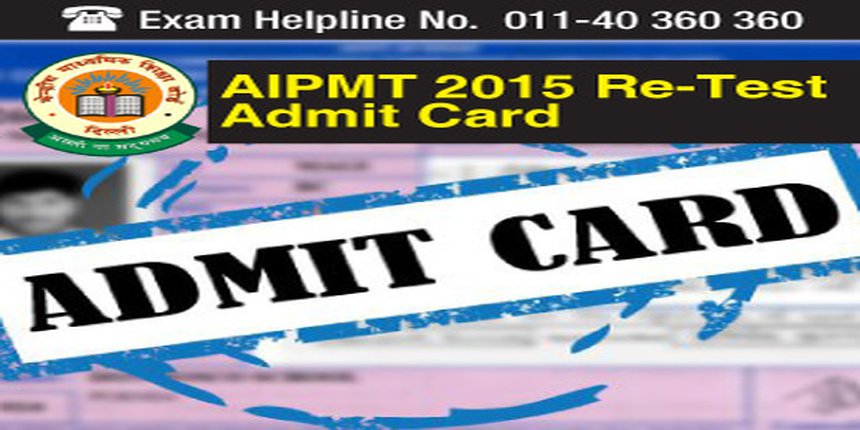 According to officials, only those candidates can download the AIPMT 2015 Retest Admit Card who had applied in the stipulated time from December 1, 2014 to January 31, 2015 with the requisite fees.

AIPMT 2015 Retest  is a national level undergraduate medical entrance exam conducted by CBSE on May 3, 2015 for admission to approximately 3200 MBBS and 300 BDS seats of 130 Government Medical and 30 Dental Colleges of India, respectively excluding Andhra Pradesh, Telangana and Jammu & Kashmir.

There are also State Governments/Universities/Institutions voluntarily participating in the AIPMT 2015 who accept AIPMT 2015 merit list for admission in the Medical Colleges/Dental Colleges against seats under their control.

Stay tuned to medicine.careers360.com for more news and feature related to AIPMT 2015 Re-Test