AIPMT 2016 Admit Card – Candidates can download AIPMT admit card 2016 from April 7, 2016. The AIPMT 2016 admit card was available only for those candidates whose application form has been accepted by the examination authority Central Board of Secondary Education (CBSE). To download AIPMT admit card 2016, candidates had to enter their registration number and password. The AIPMT 2016 admit card comprised of candidate’s name, roll number, father’s name, category, sub-category, photograph, signature, date of birth, language of question paper and name of allotted AIPMT 2016 Examination centre with its address and examination guidelines. Candidates were advised to check their downloaded AIPMT admit card 2016 to make sure that all the entries made therein are correct. In case of any discrepancy, the candidate were asked to immediately inform the examination authority so that they could take necessary action to make correction in official record.
Related Post -
NEET 2019
NEET Eligibility Criteria 2019
NEET Application Form 2019
NEET Admit Card 2019 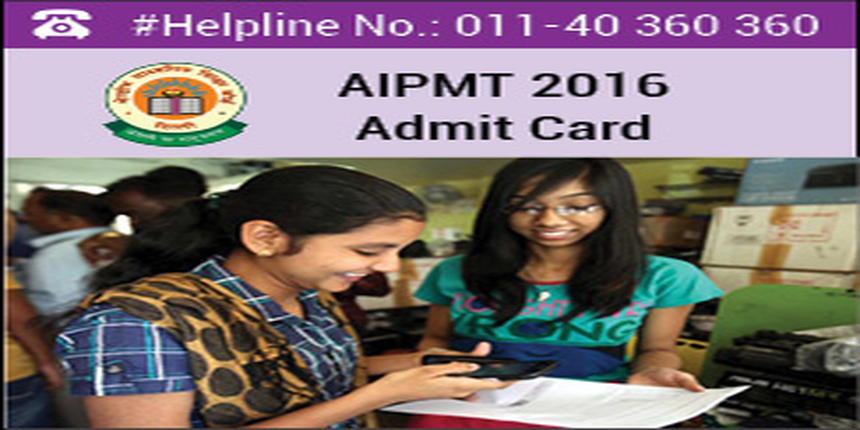 AIPMT 2016 admit card which was scheduled to be declared on April 1, 2016 has been delayed for a week as some candidates have not updated their details despite several reminders from CBSE. The examination authority had informed such candidates by SMS regarding required correction. AIPMT 2016 admit card is now available to download from April 7, 2016.

Latest: Please check the window given below to download AIPMT 2016 admit card:

The format of AIPMT 2016 Admit Card given below: