AIPMT 2016 Result – Central Board of School Certification has announced results for National Eligibility cum Entrance Test (NEET) 2016 on August 16, for admissions to undergraduate medical programmes. Candidates, who have appeared in Phase 1 and Phase 2 of NEET 2016, can check their NEET result 2016 by clicking on the link below, by entering their roll number and date of birth (DOB).  According to the CBSE officials, “In general category, the topper has scored 685 marks out of a total of 720, while the last candidate qualifying for counselling process has obtained 145 marks in general category.” In general category, a total of 1,71,329 candidates have qualified for appearing in the counselling process. For OBC category, the candidates, who have scored in the range of 678 to 118, have qualified to appear in counselling for admission. As many as 1,75,226 OBC candidates have qualified for admission in UG programmes available across the medical and dental colleges of India. For details about NEET 2016 cutoff for other categories and number of candidates qualified in the respective categories, see the table below.
Related Post -
NEET 2019
NEET Eligibility Criteria 2019
NEET Application Form 2019
NEET Admit Card 2019 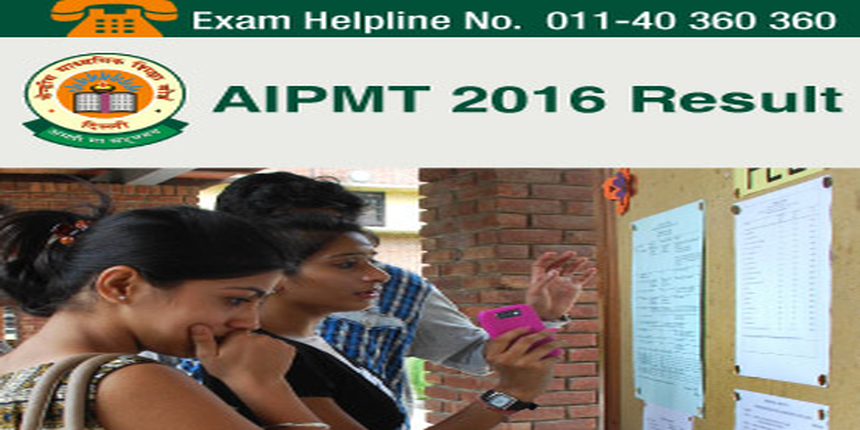 Qualifying marks is score that must be secured by candidates in order to pass the entrance exam. As per the CBSE, general category candidates have to score a minimum 50% of the total marks i.e. 360 out of 720. Candidates can check the AIPMT 2015 qualifying marks for different categories from the table given below:

Based on the cut off score, CBSE prepare AIPMT 2016 merit list of all the qualified candidates according to their marks range. It is range which includes a range of scorers from the highest to lowest within a category.

If two candidates score equal score in AIPMT 2016 result then the tie breaking issue has been resolved as per given procedure:

The Medical Counselling Committee (MCC), Directorate General of Health Services (DGHS) will conduct the counselling of AIPMT 2016 beginning from August 22. AIPMT 2016 counselling will be conducted in online mode for allotment of as many 3500 MBBS and BDS seats. Seats will be allotted to candidates as per their rank in AIPMT 2016 result.