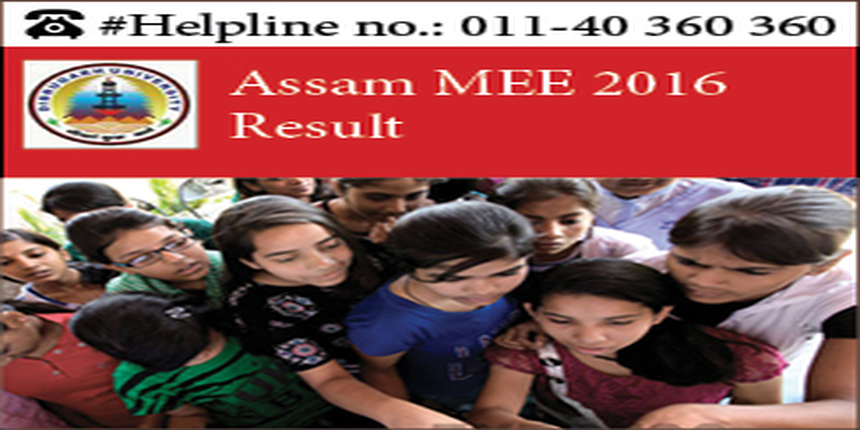 To Check Assam MEE 2016 Result - Click here Or check result from below given window:

Assam MEE 2016 OMR answer sheet has been evaluated by computer hence, examination conducting authority will not accept any request regarding re-evaluation or re-checking. Candidates, who have secured a minimum 50% marks in Assam MEE 2016 entrance exam has been declared qualified.

Further, Assam MEE result 2016 can also be obtained by SMS through the following procedure:

Assam MEE 2016 Cutoff: Candidates can check below cut off marks for different categories:

Stay tuned to medicine.careers360.com for more news and feature articles on Assam MEE 2016