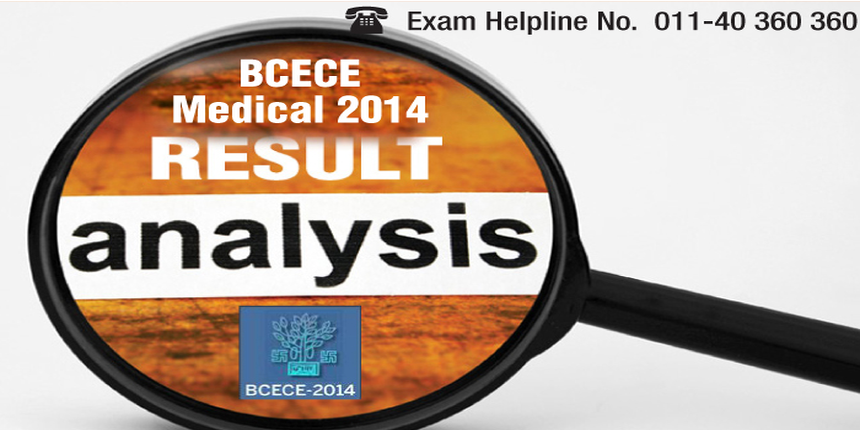 According to officials, 2565 candidates have qualified in the BCECE Medical 2014 entrance exam. The exam conducting authority, Bihar Combined Entrance Competitive Examination Board (BCECEB) will conduct counselling for BCECE Medical 2014for 1594 Medical and Dental seats tentatively in the month of June, 2014.

Want to know which medical and dental colleges you can get based on expected rank in AIPMT? Click here

According to the latest notification from BCECEB, all the qualified candidates must submit their medical course and college preference from June 6 to 9, 2014. The link for applying BCECE Medical 2014 college and course preference will available from June 6 (10:00 AM) till June 9, 2014 (05:00 PM).

According to BCECEB, out of 2565 candidates who qualified BCECE Medical 2014 exam, 904 are from General, 423 Extremely Backward Class (EBC) and 17 are Schedule  Tribe (ST) category. Form complete details on qualified candidate (category wise) check table given below:

Admissions to 852 seats (782 Medical seats + 70 Dental Seats) in medical colleges in Bihar will be done on the basis of BCECE Medical 2014 counselling. For comprehensive information on MBBS and BDS seats in Bihar Medical Institutions, check the table given below:

Stay tuned to medicine.careers360.com for more news and feature related to BCECE Medical 2014.