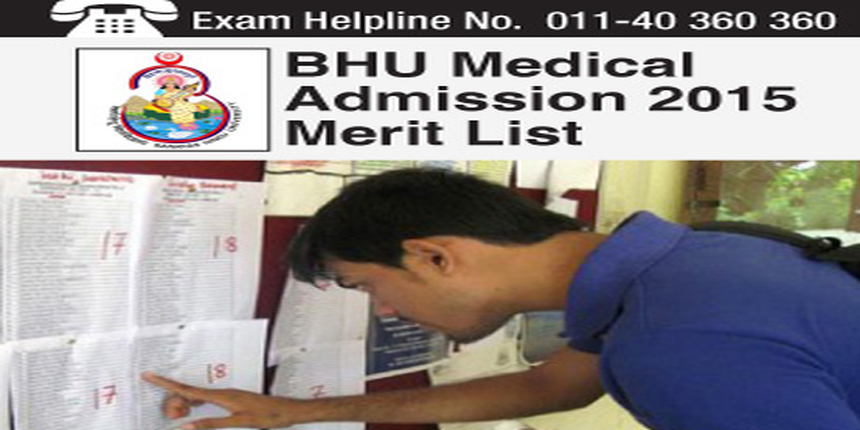 The counselling for those candidates who have registered for 85% seats and 15% All India Quota seats for MBBS/BDS in BHU will be held as per the schedule:

According to BHU Officials, candidates will be called for BHU Medical Admission 2015 Counselling for allotment of seats as per their rank in BHU Medical Admission 2015 Merit List. Only those candidates are eligible to get admission in BHU MBBS and BDS programmes  under general category who will score 50% marks and above in AIPMT 2015. In respect to candidates belonging to Schedule Caste, Schedule Tribe and Other Backward Classes, the minimum marks are 40%.

Candidates can download category wise MBBS and BDS merit list of BHU Medical Admission 2015 from the link given below. (The link will be updated on availability of merit list from BHU)

Stay tuned to medicine.careers360.com for more news and information on BHU Medical Admission 2015