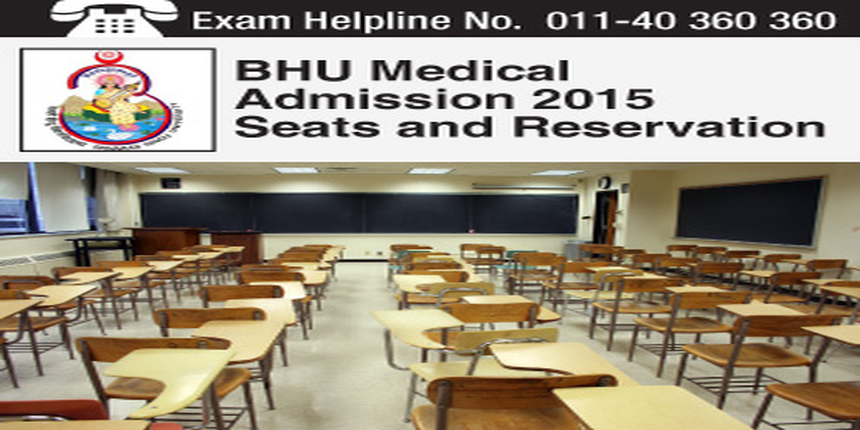 Banaras Hindu University (BHU) one of the participating institute in AIPMT 2015 will fill 85% MBBS and BDS seats in the Institute of Medical Sciences, BHU on the basis of BHU Medical Admission 2015 Merit List. The remaining 15% seats will be filled on the basis of All India Quota of AIPMT 2015.

BHU Medical Admission 2015 among the different categories is as follows:

Distribution of 71 MBBS seats is as follows:

Distribution of 42 BDS seats is as follows:

Institute of Medical Sciences, BHU has decided that no separate Pre-Medical Test shall be conducted for admission to undergraduate medical programme in the University. BHU MBBS Admission and BHU BDS Admission will be done through AIPMT 2015. AIPMT 2015 Re-Test is scheduled to be conducted on Saturday, July 25, 2015 at various allotted centres across the Country.