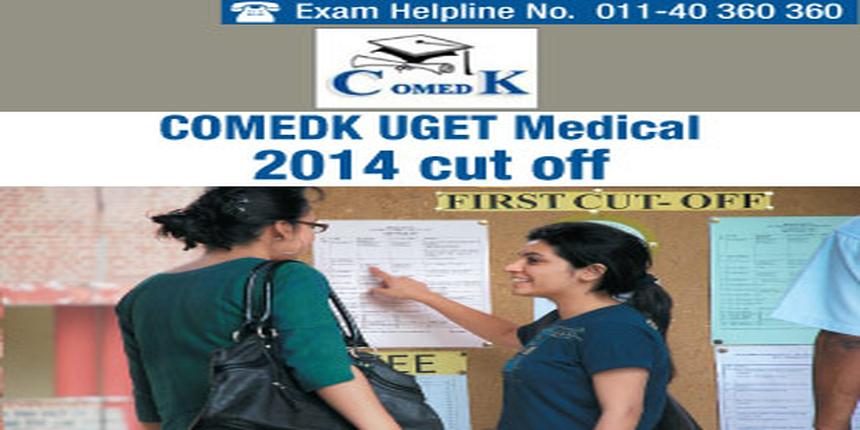 For any other information and queries, call COMEDK UGET Medical Exam Helpline: 011-40360360

Candidates can check some of the popular medical and dental colleges of Karnataka from the table below. This table is based on the candidate’s preference who took admission through COMEDK UGET Medical 2013 score.

COMEDK UGET Medical 2016 admission will done on the basis of NEET score. Know all about COMEDK Me...

COMEDK is one of the state level entrance examination which you need to qualify in order to secure admission to engineering, medical and dental colleges of Karnataka.

You can appear for COMEDK exam if you are interested to pursue your higher studies from Karnataka.

For more details about COMEDK exam you can go through this article .

Hope this helps you. For further queries feel free to ask here.

How will i be initimated about the exam?

COMEDK UGCET exam is scheduled on May 10, 2020.It is officially announced and you will not be informed through email or phone number.You can get your admist card from May 1, 2020- May 9, 2020.Once the admit card is available to download you can download it and check the details such as exam centre, instructions, your personal details, date and exam time.

Yes , the dates for COMEDK 2020 and UPSEE 2020 are clashing on Sunday 10th May 2020. However, there have been no information about changing the dates from the either side i.e. UPSEE or COMEDK. I hope they solve this problem at the earliest as thousands of students appear for both the exams.

If there is a change in schedule of either of the exams , we'll inform you at the earliest.

Hope this was helpful.

can I change exam centre for 2 nd option

If you're talking about JEE then yes, you can change the exam centre. For JEE Mains 2020 the correction window will open on 8th March and will close on 12th of March. You can make the changes in this time interval. After these days are over, no corrections are allowed.
Read More
Answer
Answer Later
Report
16 Views


Unfortunately No.
You cannot change your exam centre now.
There is no facility for corrections in selection of exam centres in COMEDK application form.
Although COMEDK offers correction facility but you cannot do changes in following category during the time.
Your Name
Date of Birth
Email ID
Mobile Number
Choice of the Test center

View All Questions
Have a question related to COMEDK UGET ?

Your COMEDK UGET brochure has been successfully mailed to your registered email id .