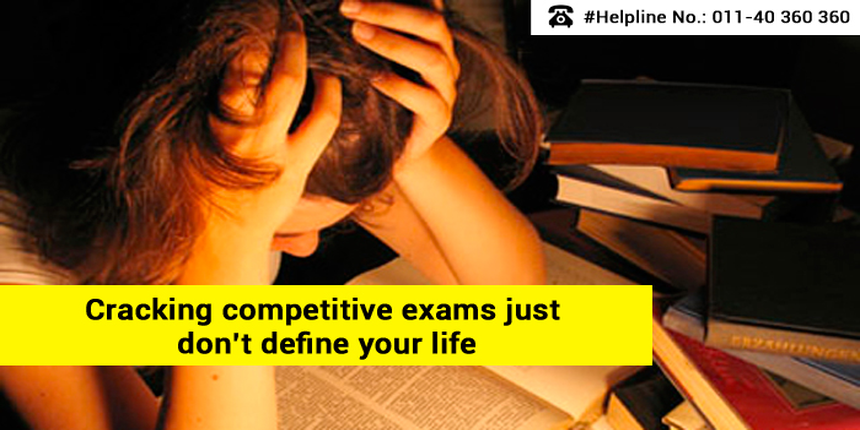 Meet Raj Kumar (name changed to protect his identity) from a well-to-do family in Patna, sitting in a tiny room, with no laptop, smartphone or TV, not even proper ventilation, studying close to 16 hours every day. Either he is previewing next day’s lessons or reviewing yesterday’s. Not a second to spare, even for his parents, jumping from one question to the other. Welcome to Kota, Rajasthan, capital of India’s cram schools or ‘coaching centres.’

Kumar, an eighteen-year-old, is hell bent on cracking AIIMS 2016, the gateway to the glamourized profession of a medical practitioner. Why does he study so hard, not even thinking about his friends? He does want to; but cut-throat competition comes in the way. “The only thing I want to know is whether my friends are scoring better than me in the weekly test,” says Kumar with a sheepish grin. He might be one of the lucky ones. Not his neighbour (name withheld), housed in a jail-like hostel, who committed suicide, unable to take the stress anymore.

Every year over 60-70,000 thousand students make a beeline to Kota, the hub of the multi-billion-dollar coaching industry. Cracking JEE Advanced will get you a seat in an IIT. Cracking AIIMS could get you a seat in India’s most prestigious medical college. This guarantees excellent pay packages or a ticket to the UK or US. By a conservative estimate, a two-year coaching will set back parents by cool 4-lakh rupees and if you add boarding and lodging the figure could cross Rs. 5 lakhs, making India’s coaching industry worth more than USD 7 billion.

When results come, newspapers get full-page advertisements that proudly announce the details of students who have cracked the toughest possible entrance tests to qualify for medical or engineering colleges. The fact of the matter is that the winners make only a tiny percentage of students across the country that flock to Kota-like hubs to attend coaching classes.

A recent spate of suicides among these teenagers has highlighted the amount of pressure they face every day in order to secure top ranks. This pressure is not only about pursuing a dream career but also an emotive issue of social status. But for a few, a majority of the students would have joined these coaching institutions under parental or peer pressure. The tough schedule at the coaching centres makes life miserable for these teenagers who earlier enjoyed a cozy lifestyle with their parents. Emotional breakdowns become common among students these days; a major reason being peer pressure and family expectations. Eagerness to outscore the peers also triggers a breakdown.

“Some students feel that they are not intelligent enough to compete with their classmates and some others feel that their parents’ hard-earned money will be wasted if they do not perform well,” says Aakash Chaudhary, Director of Aakash Educational Services, a dominant player in the coaching industry.

Psychologists are of the view that parents should accept their children the way they are in terms of ability, intellect and inclination towards a career. Coaching experts accept the fact that along with parents, they too have to connect with the students and build an environment of trust. “Children should not be judged on the basis of comparisons, instead let them know that they are loved and worthy,” Chaudhary said.

Mumbai-based psychologist, Gagandeep Bhatti believes that parents should take proactive steps and guide students on the wide career opportunities available to them. “Parents should educate students on aftermaths of studies and extensive scope of careers. Also, help them be motivated and driven with goal rather than pressuring to be ahead in race,” says Bhatti. The highly-charged atmosphere makes students vulnerable. “Simply because of the atmosphere they are introduced to, which is highly placed on the ‘marks’ obtained rather than their ‘talent’. The scenario is that the person’s self-worth is scaled on the result of such exams and thus students are made to believe that these examinations are life defining,” Bhatti added.

Concerned over the issue, Kota institutes are taking corrective measures, trying to de-stress students and instill positivity in them. Some of the coaching institutes observe Saturday as ‘fun day’, encouraging students to take part in recreational activities such as yoga, meditation, indoor games etc. to relive their stress. Coaching institutes are replacing their billboards with pictures of small children with a tagline of ‘happiness’.

How to handle competitive exams and board exams together?

Students are often at their wit’s end, when it comes to preparing for competitive exams along with board exams. They get tense at the prospect of handling the syllabus of both the exams. “The troika of efficient time-management, customized preparation strategy and careful planning can help students in balancing both board exams as well as competitive entrance tests,” says Chaudhary, which is easier said than done.

With a creaking state education system, and at least 5 lakh students competing for 10,000-plus seats in IITs and an equal number vying for around 32,000 medical seats across 400+ colleges, the competition is bound to get tougher. This creates a severe drain on the parents’ finances while putting their children under tremendous stress. But what most parents don’t realize in this scenario is the destructive emotional trail that could take a toll on the careers of their wards. From a social point of view, the divide between those who make it and those who couldn’t is getting wider. The only way out could be to significantly increase the number of higher education institutions, especially in the engineering and medical domains. Could public-private-partnership be the way out?

Stay tuned to www.medicine.careers360.com for more stories on competitive exams