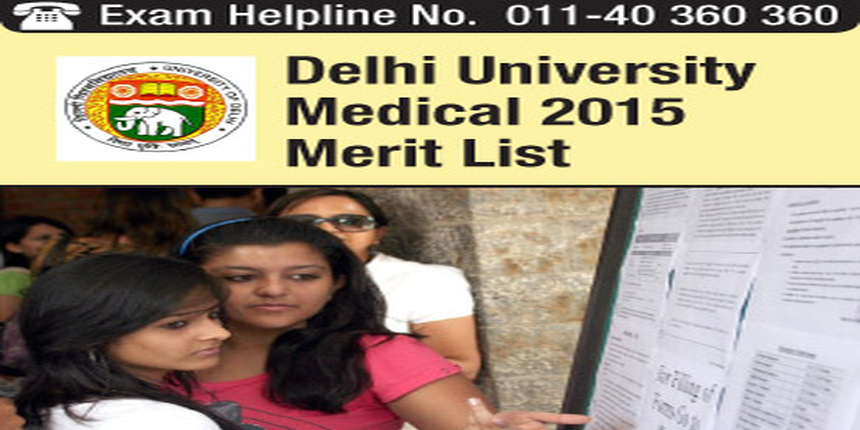 Candidates can download final category wise MBBS and BDS merit list of Delhi University Admission 2015 from the link given below.

As per the information available, there are 600 MBBS and 40 BDS seats are available for Delhi University MBBS/BDS Admission 2015. Based on the Delhi University Medical 2015 Merit List, Faculty of Medical Sciences will admit 85% MBBS seats of Lady Hardinge Medical College, (LHMC), Maulana Azad Medical College (MAMC), University College of Medical Sciences (UCMS) and 85% BDS seats of Maulana Azad Institute of Dental Sciences (MAIDS). Rest of the 15% MBBS and BDS seats will be filled by the Directorate General of Health Services (DGHS) on the basis of All India quota.