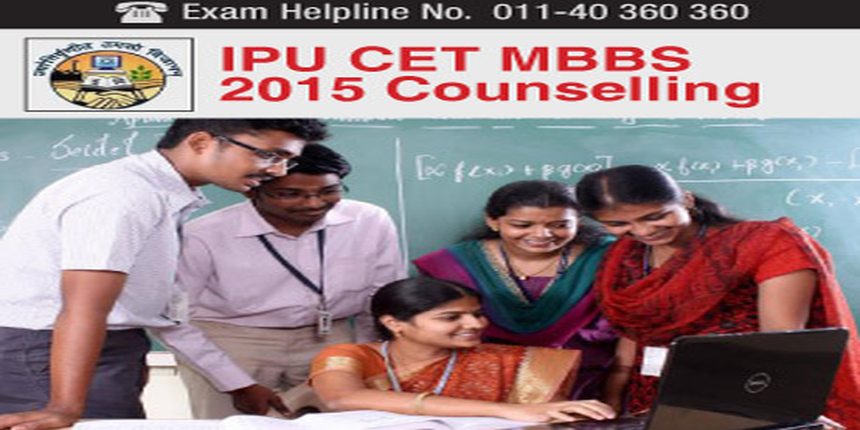 The second counselling of IPUCET MBBS 2015 has been concluded on September 13, 2015. The candidates after getting admission in second round of counselling will be allowed to withdraw the admissions up to 05:00 PM on September 18, 2015 and 50% of the entire fee submitted will be refunded. It must also be noted that the All India Region subsidized seats in OBC category for MBBS programme in VMMC and SJH have been filled in the second counselling round. Hence, it is informed to all the candidates that there will be no counselling for All India OBC Category.

Careers360 will update the third counselling schedule of IPUCET MBBS 2015 as and when it will be announced by the exam conducting authority against the vacant seats (if any).

Candidates can check below for the IPUCET BDS 2015 Seat Allotment status after First Round of Counselling:

IPUCET BDS 2015 Second Round of Counselling will be done for 04 BDS seats in the university.

According to official, counselling for All India General Category candidates is closed because all the seats under this category have been filled.  The Seat status report for MBBS programme as on June 30, 2015 is given below:

IPUCET MBBS 2015 was conducted in two stages. The first stage was held on April 26 and stage 2 on May 23, 2015. IPUCET MBBS 2015 entrance exam will be the basis for admission to 264 seats for MBBS programmes in around 3 affiliated colleges, in which 57 seats are for General category, 43 for OBC, 15 reserved for ST and another 41 for SC. While, 82 of the total seats are reserved for Army wards, only 1 seat is available for PwD category candidate. The remaining seats are reserved under various categories.

The counselling of schedule of IPU CET MBBS 2015 for first phase has been announced by examination authority Guru Gobind Singh Indraprastha University (GGSIPU).  Candidates can check IPUCET MBBS 2015 Counselling Schedule from the table given below.

Documents required at the time of IPUCET MBBS 2015 Counselling:

All eligible candidates have to bring the following documents in original along with an attested or self-attested copy of the each at the time of Counselling/Admission.

Demand Draft(s) of Requisite Fee in favour of Registrar, Guru Gobind Singh lndraprastha University payable at Delhi.  Candidates have to write their name of the candidate, name of the programme on the back of Demand Draft

NDMC (MC) Only for the candidates who have passed class 11 and 12 from Delhi.

The College IS  further allowed to charge Rs 1,000  per student per annum as Students' Activity Fee and Rs. 5,000 per student (one-time payment-Refundable)

*The fee has been conveyed by the ACMS vide their letter dated June 20, 2015.

If any candidate  is desirous  of seeking admission in a programme being offered  by more than one category  of institutes  and  fee payable  is different,  then  candidate should  bring  more  than  one demand draft  of separate amounts  in such a Â·manner so that the combination  of demand drafts  may make appropriate total fee.

Stay tuned to medicine.careers360.com for more news and articles on IPU CET MBBS 2015