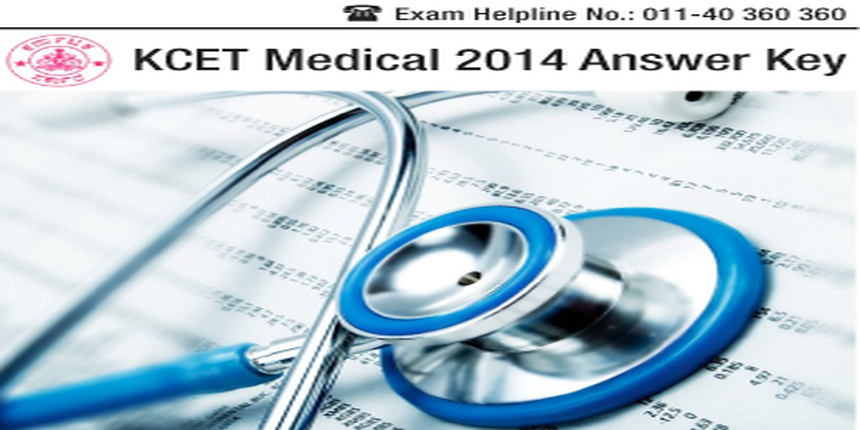 Download KCET Medical 2014 Answer key from the link given below:

Want to know which medical and dental colleges you can get based on  rank in KCET Medical? Click here

The candidates / parents / lecturers can file their objections, if any, should be submitted with justification through e-mail: keauthority-ka@nic.in  on or before May 15, 2014 before 5:30 PM. While submitting the objections the subject, version code and question number should clearly be mentioned. If no justification provided, such objections will not be considered.

For any doubts and queries related to the exam pattern, preparation and other related queries, students can call the KCET Medical 2014 Exam Helpline at 011-40360360.

The KCET Medical 2014 exam was held successfully on May 1 and 2, 2014. The entrance exam was held for two days in both morning and afternoon sessions for three subjects namely Physics, Chemistry and Biology. On the basis marks scored by candidates in the KCET medical entrance exam 2014, admissions will be offered in Government, Aided, Private un-aided Minority / non-Minority institutions of Karnataka.