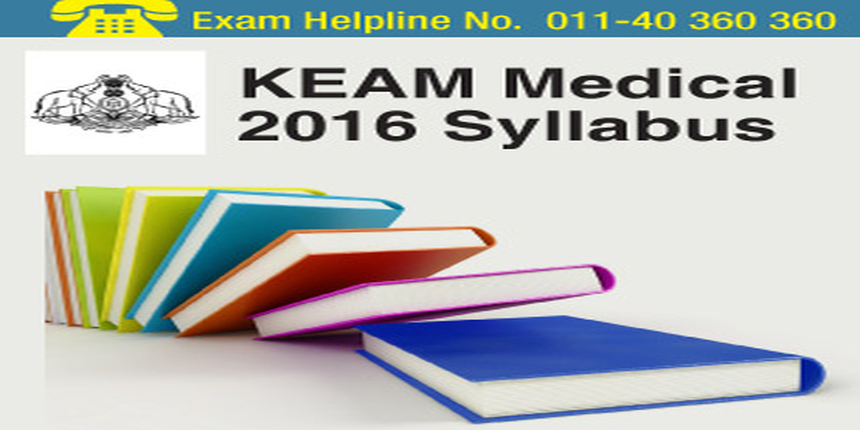 KEAM Medical 2016 has been replaced by NEET 2016 as per the Supreme Court order on May 9, 2016. Now, admission in all state-level and private medical colleges will be done on the basis of NEET 2016 results only. Therefore, MBBS/BDS aspirants are advised to ignore the information given below on this page. The relevant information regarding MBBS/BDS entrance exam and admission is available in articles related to NEET- Click Here.  Read important articles on NEET 2016 from the links given below:

Official syllabus of KEAM Medical 2016 as declared by the exam conducting authority:

KEAM Medical 2016 is scheduled to be conducted on April 27 and 28, 2016.  Through the entrance exam, admissions to 1,895 MBBS seats and 840 BDS seats in Government, Government Controlled Self Financing and Private self-financing medical and dental colleges of Kerala will be given.

KEAM Medical 2016 is considered as the one of the most competitive state level medical entrance exam which around 10 lakh students annually. Last year, a total of 10,6873 candidates appeared in KEAM Medical as said in official release.

Stay tuned to www.medicine.careers360.in for more news and featured articles on KEAM Medical 2016