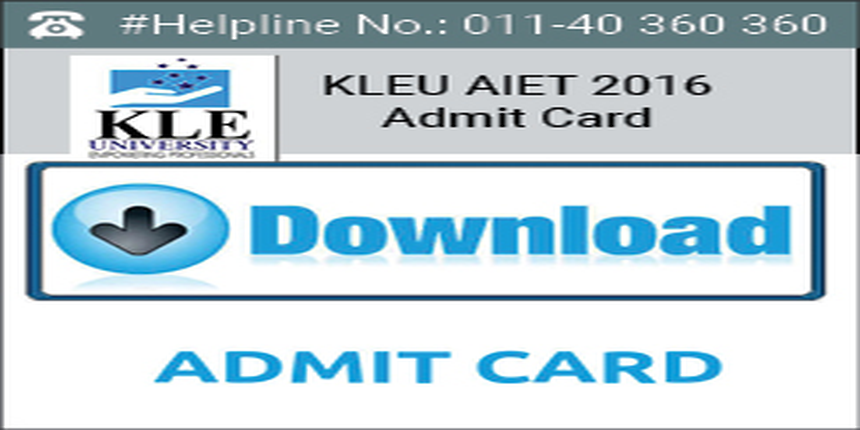 KLEU AIET 2016 has been replaced by NEET 2016 as per the Supreme Court order on May 9, 2016. Now, admission in all state-level and private medical colleges will be done on the basis of NEET 2016 results only. Therefore, MBBS/BDS aspirants are advised to ignore the information given below on this page. The relevant information regarding MBBS/BDS entrance exam and admission is available in articles related to NEET- Click Here.  Read important articles on NEET 2016 from the links given below:

Note: No candidate will be allowed to appear in KLEU AIET 2016 without a valid admit card.

KLEU AIET 2016 is a gateway examination for providing admissions to as many as 200 MBBS and 100 BDS seats in the University. KLEU AIET 2016 is scheduled to be conducted on May 7, 2016 and the result will be released in the last week of May, 2016 (tentatively).