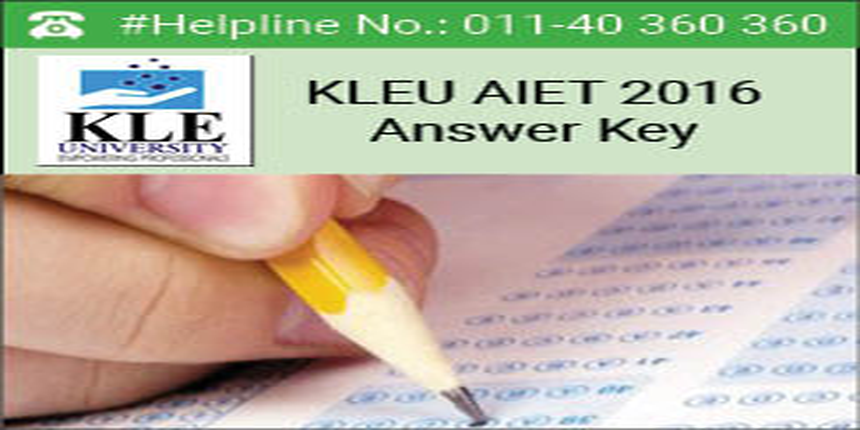 If any coaching institute/person claims to provide the answer key of KLEU AIET 2016, do not fall for it as it will be most likely a fake answer key. These kinds of answer keys do not have any authenticity and validity.

As no information regarding the release of KLEU AIET 2016 answer key is mentioned in the brochure, candidates will have to wait for the announcement of results.

The result of KLEU AIET 2016 is scheduled to be declared, tentatively, in the last week of May, 2016 by the exam conducting authority, KLE University, Karnataka. The result will be declared in the form of individual scores, merit list and ranks scored by candidates.

KLEU AIET 2016 is a national level entrance exam, scheduled to be conducted on May 7 2016 for providing admissions to as many as 200 MBBS and 100 BDS seats in the university.