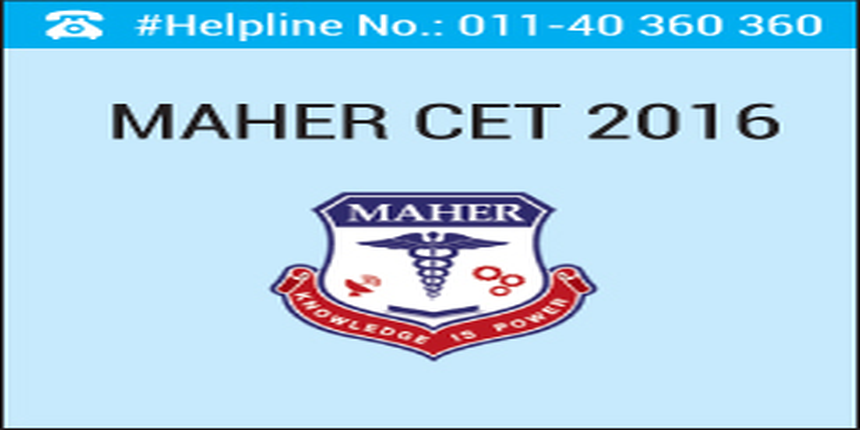 MAHER CET 2016 Exam Pattern- According to Exam Pattern of MAHER CET 2016, questions will be based on syllabus of Physics, Chemistry and Biology. There will objective type questions. For a correct answer candidate will get three marks and a wrong answer will get a negative marking of one mark.

Stay tuned to medicine.careers360.com for more news and feature articles on MAHER CET 2016