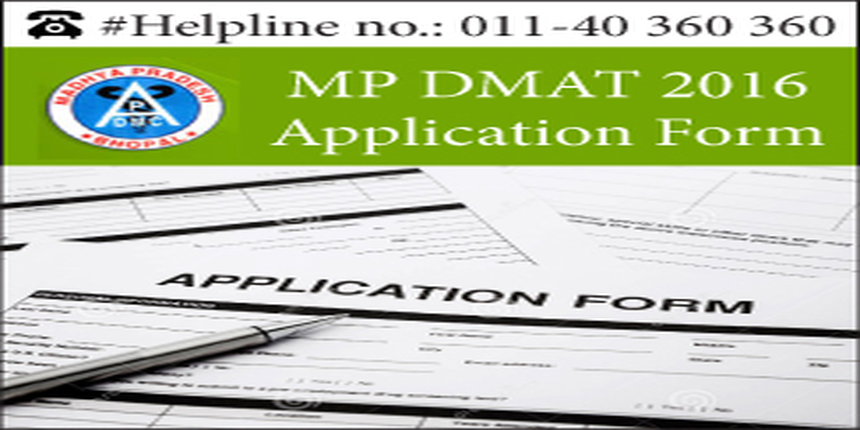 MP DMAT 2016  has been replaced by NEET 2016 as per the Supreme Court order on May 9, 2016. Now, admission in all state-level and private medical colleges will be done on the basis of NEET 2016 results only. Therefore, MBBS/BDS aspirants are advised to ignore the information given below on this page. The relevant information regarding MBBS/BDS entrance exam and admission is available in articles related to NEET- Click Here.  Read important articles on NEET 2016 from the links given below:

This must be noted that MP DMAT 2016 application forms can either be downloaded from the link given below or can obtain it from the selected branches of State Bank of India and also buy it from the Association Office/Participating Colleges by post.

Offline through State Bank of India

The MP DMAT 2016 application form complete in all respects should be submitted to the below mentioned address on or before the last date by registered post/courier/in person with demand draft of Rs. 3,000 as examination fee

Controller of the Examination,

Note: Candidates who have downloaded the MP DMAT application form, they have to make a demand draft of Rs 3,000

Stay tuned to www.medicine.careers360.com for more news and updates on MP DMAT 2016