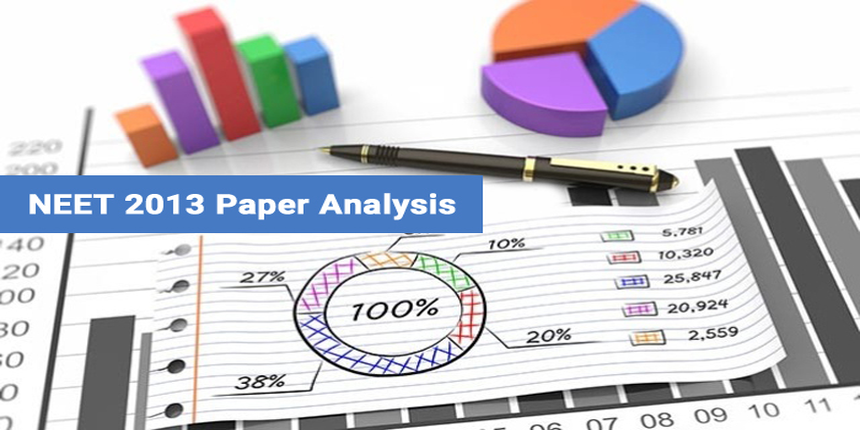 According to examination authority Central Board of Secondary Education (CBSE), 3,66, 317 of the 6,58,040 candidates who took NEET 2013 had qualified the entrance test, which was then conducted in the pen and paper based mode.

Based on inputs by expert and candidates, Careers360 brings here the section-wise analysis of NEET 2013 question paper for aspirants who will be appearing in NEET 2016. The entrance exam is scheduled to be conducted on July 24, 2016 following an order by the Supreme Court annulling state, and private level medical entrance tests in India. Read the full story here.

Physicspaper was of average level in which same number of questions was asked from class 11 and 12 syllabus. Also, theoretical and numerical questions had an equal representation in the physics paper. Out of the 45 multiple choice questions in this section, 22 were from class 11 and 23 from class 12. The analysis of the Physics portion shows that topics like Mechanics, Electrodynamics and Modern Physics had average of 10 questions each.

Table given below shows the analysis of Physics question paper.

The analysis of Chemistry subject shows that equal weightage was given to all the three sections i.e. Physical, Organic and Inorganic Chemistry. The paper was also comparatively less difficult with few questions from Physical chemistry being conceptual and calculation based. The standard of questions was similar to NCERT but some questions were not from the prescribed syllabus. An analysis of NEET 2013 question booklet shows that there were 18 multiple choice questions from Organic and Physical section and 13 from Inorganic portions.

Table given below shows the analysis of Chemistry question paper.

Majority of the candidates who had appeared in NEET 2013 found Biology to be the toughest section in all. Though most of the questions were from NCERT, test takers were puzzled as they were tricky and concept based. Also, there were questions based on images and diagrams which proved to be difficult for candidates. The analysis of NEET 2013 Biology section shows that there were 50 questions from class 11 and 40 questions from class 12 syllabus. Also, animal physiology and reproduction had majority of questions followed by genetics and evolution, ecology, living world, cell structure and function.

Table given below shows the analysis of Biology question paper.