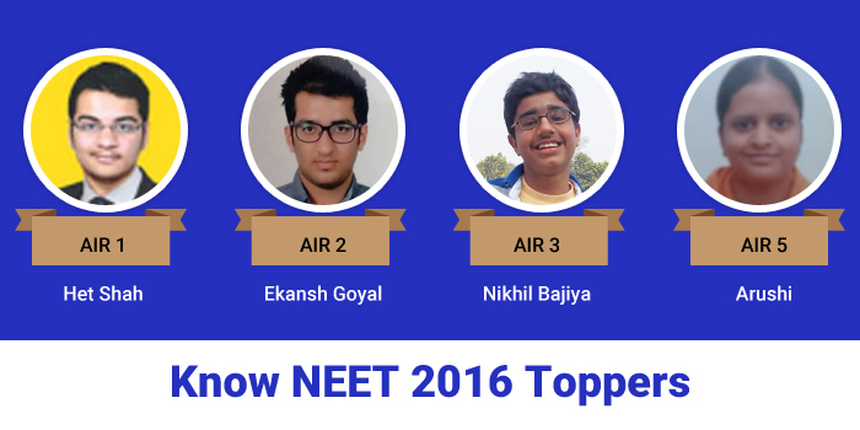 After NEET 2016 results announced on August 16, 2016 by Central Board of Secondary Education (CBSE), Careers360 brings you details of NEET 2016 toppers. Amongst the top rankers of NEET 2016, as many as five candidates are already pursuing their classes in AIIMS after securing top ranks in AIIMS entrance examination 2016.

Interestingly, all the top three rankers in NEET did not appear for phase 2 exam.

Check below for NEET 2016 topper’s profiling:

Careers360 interviewed Arushi when she secured AIR 10 in AIIMS 2016. Click here to read her full interview

Stay tuned to www.medicine.careers360.com for more news and information on NEET 2016