NEET 2018: All aspirants can apply for now, rules Delhi HC 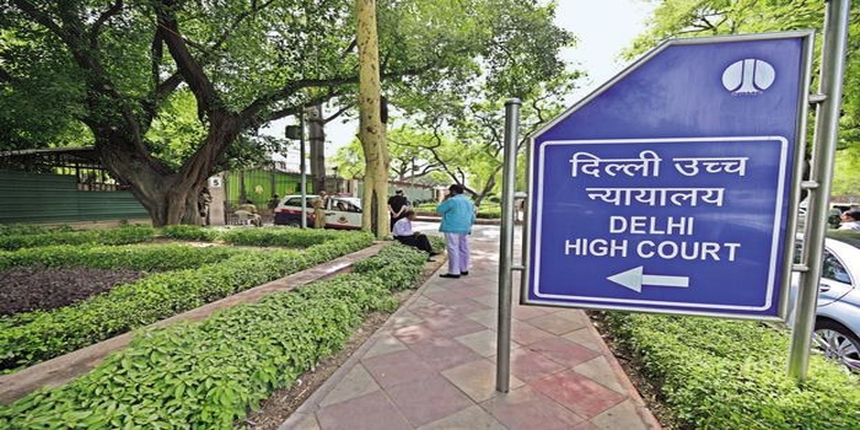 NEET 2018 - The Delhi High Court has allowed all aspirants above the age of 25, those who have completed their schooling from the NIOS Board or privately, those who had a gap year between Classes 11 and 12, and those who studied Biology as an additional subject at Class 12 level to apply for NEET 2018. Through the interim order passed by the two member Bench of the Court comprising Justices Sanjiv Khanna and Chander Shekhar on Monday, February 26, 2018, amendments made by the Medical Council of India to the eligibility criteria of the National Eligibility cum Entrance Test (NEET) which barred all of these candidates from applying for the exam are now stayed. While passing its order however, the Court also clarified that all these candidates will only be allowed to fill and submit the form for now. Whether they will be able to appear for the exam scheduled for May 6 will only be determined at the next hearing scheduled for April 16, 2018.

Details of the hearing

The ruling, passed with regard to Writ Petition (Civil) Number 1813/2018, titled Anshul Aggarwal versus Union of India and Others, also specified the urgency of concluding the case at the earliest, given the limited time left for the exam to be held, and directed the CBSE to accept all applications for the time being. “An early date is being fixed, as the examinations are due to be held on 6.5.2018. An early resolution of this controversy is necessary and required. As an interim measure, however, we would direct that the respondents would not reject the applications submitted by the petitioner or other similarly situated applicants on the basis of impugned Resolution dated 22.1.2018”, it states. Elaborating on its stance that candidates only be allowed to apply for now, the ruling further adds, “We have not permitted or passed any order that the petitioner or other similarly situated applicants will be permitted to sit in the examination. The said aspect would be examined”.

Apart from the above-mentioned petition, three other petitions were also heard by the same Bench on Wednesday, February 28, 2018. As per Dr. Amit Gupta, one of the education activists at the forefront of protesting against the new rules on behalf of thousands of aspirants, the same order will be applicable to these petitions as well and the order will be uploaded soon. “High Court of Delhi granted interim order in Neha Shukla vs Union of India and our other two connected writ petitions listed in Court no. 6 permitting petitioners and similarly situated persons who are barred ie. above 25 years, passed out from open schools, NIOS, or as private candidates, or did not have two years continuous study, or studied biology as additional subject to fill the form of NEET,” he tweeted. Dr. Gupta has also urged all other interested candidates to come forward as petitioners in the existing cases so that the Court can be convinced about the number of students affected by these rules. He is highly optimistic about the chances of the students getting a favorable verdict, stating that it is only the Medical Council of India which is proving to be an obstacle in this regard. With regard to the hearing which took place on February 28, he stated that the MCI has threated to approach the Supreme Court to keep the rules in place, once the apex judicial body resumes its functions after the current Holi-related break on March 5.

However for now, all aspirants who were previously ineligible due to the new eligibility rules should go ahead and fill the NEET 2018 application form. The CBSE is expected to make the provisions for this in the next day or two.

Background to the case

The Central Board of Secondary Education (CBSE) released the official notification of NEET 2018 on February 8, 2018, immediately triggering a huge controversy as it only confirmed weeks of speculation regarding recent amendments made by the Medical Council of India (MCI) to the “Regulation on Graduate Medical Education (Amendment), 2017” on January 22, 2018, under which Clause 4, carrying the heading ‘Admission to the Medical Course - Eligibility Criteria’ was changed. Through these changes, thousands of candidates were suddenly rendered ineligible due to various reasons four months before the exam was due to be held. The changes made included:

· Candidates from the NIOS board or those who have completed their Class 12 as private candidates will no longer be eligible to apply.

· No gap year will be permitted between Classes 11 and 12. As per the revised Code 2 of the NEET Qualifying examination codes, candidates will be required to undertake two years "of regular and continuous study of Physics, Chemistry, Biology/Bio-technology".

With numerous students airing their grievances in response to what they felt were unfair and untimely rules, the Ministry of Human Resource Development and the Ministry of Health and Family Welfare (MoHFW) held discussions over the issue, and promised that a just resolution would be reached. This however did not happen and the CBSE issued its NEET 2018 Prospectus with the said rules in place. Following this, students and parents across the country who were affected by the sudden introduction of this new eligibility clause registered their protests with the CBSE. The CBSE issued a response on February 15, in which it stated that the setting of eligibility rules comes under the purview of the MCI, and all queries and complaints should be directed there.

With no options left, the affected students rallied to file a case with the Supreme Court. On February 23, a two member Bench comprising Justices SA Bobde and L Nageswara Rao, before whom the Writ Petition demanding for a revocation of the new NEET rules was raised, directed the petitioning students to fight the case at the High Court level.

Separate petitions dealing with the open school, upper age limit, Biology as an additional subject and the gap year issues were filed subsequently before the Delhi High Court over the course of the past week.

While the current order may only be temporary in nature, it atleast allows the students who were previously ineligible to apply for the exam for now. The MCI’s threat to approach the Supreme Court may seem as somewhat of setback but the protesting aspirants should note that the judicial systems have always sided with students in the past, especially in cases like this where last minute rules have made many ineligible. A permanent solution to the problem may not be arrived at this year, but it is highly likely that the new eligibility rules will be overturned for NEET 2018 and that all affected students will be able to apply. Candidates are therefore advised to focus on their preparations without worries and go ahead with filling the NEET 2018 application form at the earliest.