NEET 2018 - The Central Board of Secondary Education (CBSE) has extended the NEET application form last date to March 12 (5.30 PM) from the previous last date of March 9, 2018. The extension in dates has been confirmed via an official notice in which the CBSE has also stated that candidates will be allowed to apply for NEET without submitting their Aadhaar details. Candidates can submit their NEET application fee till 11.50 PM on March 13, 2018. The correction window for NEET 2018 application form will be open between March 15 and March 17. Those candidates who haven’t yet filled the application form for NEET 2018 can proceed without either their Aadhaar number or Aadhaar Enrollment Number as long as they have other valid Government identity documents.
Related Post -
NEET 2019
NEET Eligibility Criteria 2019
NEET Application Form 2019
NEET Admit Card 2019 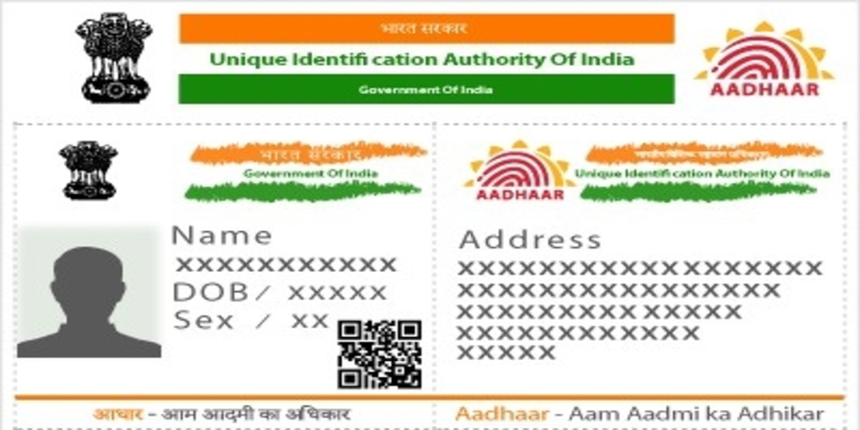 As per the notification posted by the CBSE, "The date for submission of online Application Form for NEET(UG),2018, is extended from 09.03.2018 (Friday) to 12.03.2018 (Monday) till 5.30 pm". Regarding Aadhaar, the notice states, "In addition to Aadhaar or Aadhaar Enrollment No., the candidates may fill the application form by mentioning alternative Identification Number such as Ration Card, Passport, Bank Account No. or other valid Government ID (such as Driving License, Voter ID etc.)". As per the existing NEET rule, only candidates from Assam, Meghalaya and Jammu & Kashmir were allowed to apply for NEET without having to enter their Aadhaar details. The notice clarifies that "Rest of the conditions mentioned in the Information Bulletin shall remain the same".

Check the CBSE notice on date extension and Aadhaar below -

To proceed with filling the NEET 2018 Application Form without Aadhaar, Click Here

About the Aadhaar Requirement in NEET

Interestingly, the CBSE had until now consistently asserted upon the need for all NEET aspirants to either have an Aadhaar number or an Aadhaar enrollment number ever since it began the NEET application process on February 8, 2018. As was stated in the official NEET 2018 prospectus released along with the application form, “Aadhaar number is required for submission of Application Form of NEET (UG)-2018. The use of Aadhaar for the candidates of NEET (UG)-2018 will result in accuracy of the candidate’s details”.

The Aadhaar-related particulars which candidates were required to enter in the NEET 2018 application form included their Name, Date of Birth and Gender. Infact, the CBSE had even introduced a barrier in this year’s application form as per which the candidates were required to either provide their Aadhaar number or Aadhaar enrollment number at the beginning of the form itself, failing which they wouldn’t be allowed to proceed and submit the NEET 2018 application form. Also, the personal details provided by the candidates were immediately ratified with that existing in the Unique Identification Authority of India (UIDAI) database, and those candidates whose details did not match were not allowed to proceed with the form filling either.

CBSE stance on Aadhaar in NEET

Apart from what was mentioned in the NEET 2018 prospectus, the CBSE had also issued a separate public notice dated February 8, 2018, on the requirement of Aadhaar for NEET 2018 applicants. As per this notice, the CBSE justified the demand from Aadhaar by stating that “Section 57 of the Aadhaar Act 2016 permits the use of Aadhaar number for establishing the identity of an individual for any purpose pursuant to any law or any contract to this effect”. Furthermore, the CBSE had also released a separate FAQs document on Aadhaar in addition to the regular NEET FAQs document on the official website.

Following the queries and concerns raised by many candidates about the mismatch of details in their Aadhaar documents when compared to their school records, the CBSE issued an additional FAQs document on February 15, 2018, answering many of these doubts. The exam conducting authority also published a document on February 22, 2018, exclusively answering the candidates’ doubts on Aadhaar alone.

Why has the Aadhaar requirement been scrapped?

With so much emphasis being placed by the CBSE on the necessity of Aadhaar in applying for NEET, candidates may now be wondering what has led to this sudden U-turn. The reason behind this is the directive issued by the Supreme Court on March 7, 2018, asking the CBSE to remove the requirement for Aadhaar, following the Centre and UIDAI’s assertion that the Board was not authorized to ask for any candidate’s Aadhaar details in the first place. In the interim order passed by a five member Bench headed by the Chief Justice of India Dipak Misra, which was hearing cases related to the long-pending issue of Aadhaar linkage with various schemes and is expected to give a final verdict in the coming months, the CBSE was informed that it could not ask for Aadhaar details from applicants not only in the case of NEET, but also JEE (Main), NET and all other national-level entrance tests conducted by it. The Board was also instructed to carry an update with regard to this on its official websites, which it has complied with on March 8, 2018.

To read more about the Supreme Court’s directives to the CBSE on Aadhaar, Click Here

With the NEET application form 2018 last date extended to March 12, 2018, the ruling probably comes as a relief for all those candidates who struggled to procure and enter Aadhaar details in order to submit the form. However, it should be noted that the order issued by the apex court is interim in nature, and the final rule will be determined once the Court issues its final order on the overall issues revolving around Aadhaar. But for now, the CBSE will not be asking for Aadhaar details in any of the entrance examinations conducted by it. For now, candidates can use alternative identity documents such as ration cards, passports, bank account passbooks, driving license or voter IDs to proceed with filling the NEET application form and provide the same at the time of appearing for the exam on May 6, 2018.