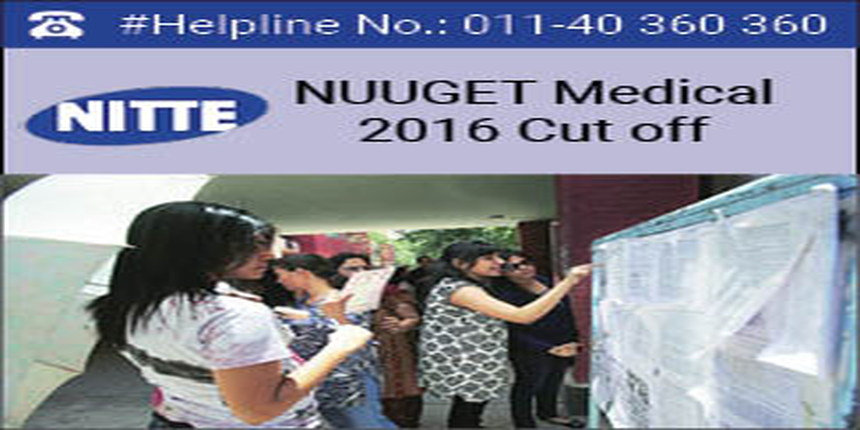 NUUGET Medical 2016  has been replaced by NEET 2016 as per the Supreme Court order on May 9, 2016. Now, admission in all state-level and private medical colleges will be done on the basis of NEET 2016 results only. Therefore, MBBS/BDS aspirants are advised to ignore the information given below on this page. The relevant information regarding MBBS/BDS entrance exam and admission is available in articles related to NEET- Click Here.  Read important articles on NEET 2016 from the links given below:

Refer below for NUUGET Medical Cut off 2016 for different categories:

As mentioned in NUUGET Medical 2016 prospectus for academic session 2016-17, candidates’ mandatorily  need to score a minimum of pre-determined marks as defined for their respective categories.

NUUGET Medical 2016, a national level entrance exam is scheduled to be conducted on May 9, 2016 for providing admissions to as many as 150 MBBS and 100 BDS, in the K.S. Hegde Medical Academy and A.B. Shetty Memorial Institute of Dental Sciences.

Stay tuned to www.medicine.careers360.com for more news and information on NUGGET Medical  2016