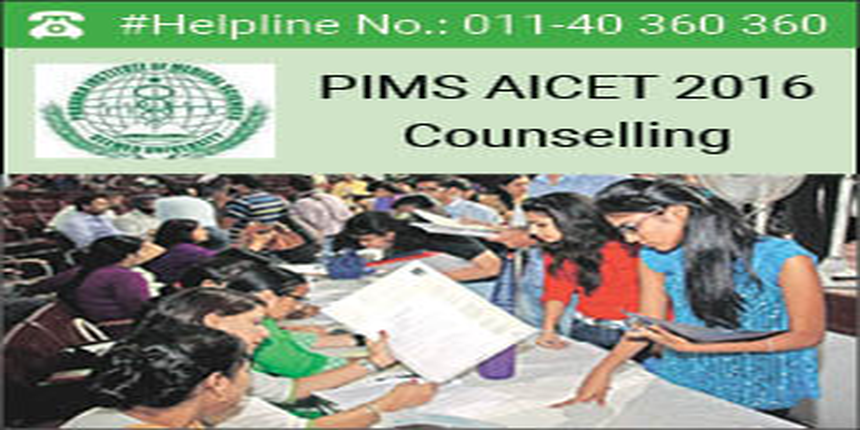 PIMS Medical 2016 Counselling: The counselling of PIMS Medical 2016 is scheduled to be conducted from September 13 to 16, 2016 by the counselling conducting authority, Pravara Institute of Medical Sciences. Candidates must note that PIMS medical counselling 2016 is conducted in an offline mode for admissions to approximately 170 MBBS and 100 BDS seats in affiliated medical and dental colleges. According to the Supreme Court’s ruling on May 9, 2016, private and deemed medical universities have to accept NEET 2016 scores for providing admissions to MBBS and BDS seats in their respective medical and dental colleges.

Scrutiny and verification of the documents:

Candidates selected for admissions will have to make full payment of fess as mentioned below:

Mode of Payment: At the time of counselling, candidate will have to bring a demand draft of the entire fees, made in favor of ‘Pravara Institute of Medical Sciences, Loni’, drawn on any nationalized Bank. For convenience, the candidate is advised to bring two separate demand drafts of Rs. 4,17,000 /- and Rs. 4,33,000.

PIMS AICET 2016 has been replaced by NEET 2016 as per the Supreme Court order on May 9, 2016. Now, admission in all state-level and private medical colleges will be done on the basis of NEET 2016 results only.

Stay tuned to medicine.careers360.com for more information on PIMS AICET 2016