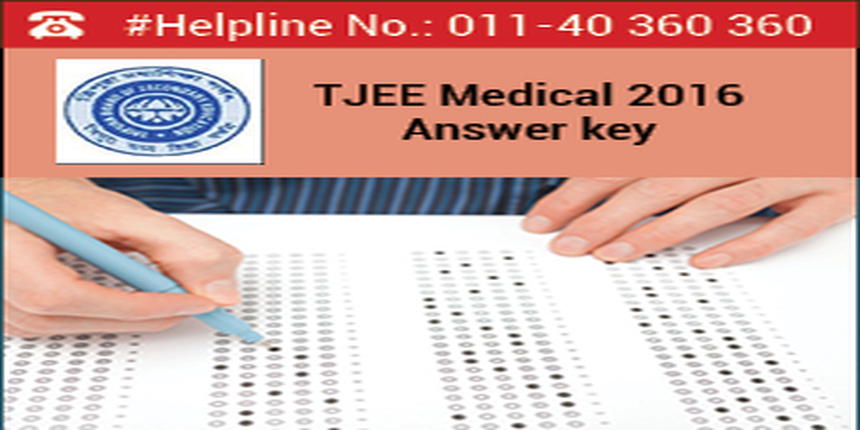 Check & Download TJEE Medical 2016 Answer key from below given window:

In case, of any doubt/correction, candidates can challenge TJEE Medical 2016 Answer key. The objections must be in proper and brief explanation followed by appropriate reference(s) can be sent to the following email id-  tjeeagartala@gmail.com on or before the last date.

The result of TJEE Medical 2016 is scheduled to be released, tentatively, in the month of June 2016 for those candidates who will score a minimum of qualifying marks in the entrance exam.

TJEE Medical 2016 will continue to be gateway for admission to state medical colleges in the admission year 2016. The exam, which earlier stood cancelled as per the Supreme Court order on May 9, 2016, again comes into effect after the Centre brought an ordinance on NEET, which put state entrance tests out of NEET ambit for 2016 admission year. However, NEET phase 2, applicable for admissions to 15 per cent all India quota in government colleges; and private and deemed institutions, is still open for all.

Read : All about NEET

Stay tuned to www.medicine.careers360.in for more news and featured articles on TJEE Medical 2016