Will NEET 2020 be difficult after merger of AIIMS and JIPMER: The Ministry of Health and Family Welfare (MoHFW), Government of India, on October 4, 2019, had taken a decision a decision of merging the admissions to All India Institute of Medical Sciences (AIIMS) and Jawaharlal Institute of PostGraduate Medical Education (JIPMER) through the National Eligibility Cum Entrance Test (NEET). The admission to AIIMS UG and JIPMER MBBS through NEET 2020 created a lot of concern in aspirants regarding the difficulty level of NEET 2020? Since, AIIMS MBBS is considered to be the toughest and JIPMER UG as the easiest of the medical admission entrance exam, it is highly questioned whether NEET 2020 will be difficult due to AIIMS and JIPMER. 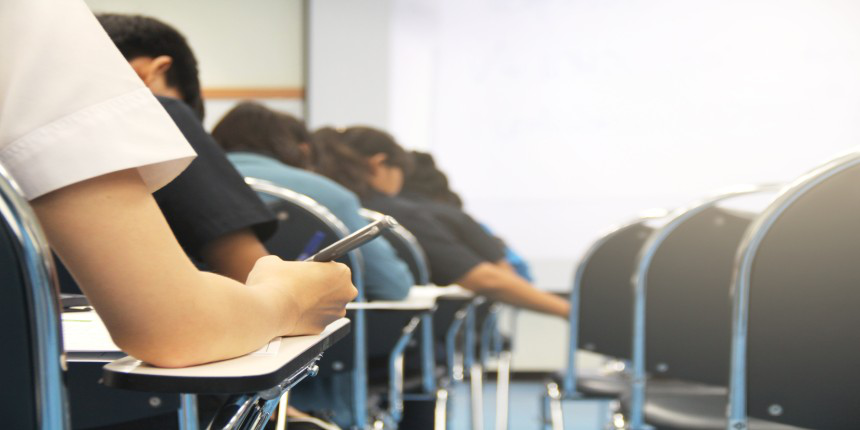 Will NEET 2020 be difficult after merger of AIIMS and JIPMER? - NTA DG solves the query

Vineet Joshi in conversation with Careers360 has confirmed that there will be no changes in the standard of NEET in the future.

“The NEET pattern, as well as the standard, will remain the same as it was last year. In the AIIMS pattern, there were some sections which were not going to come in NEET paper. AIIMS will take admission on the basis of NEET results.”- said Vineet Joshi in the live session at 38:30

By saying that, the National Testing Agency DG has advised students to focus on the preparations. This will indeed be a big relief for the aspirants who were concerned about the NEET 2020 question paper to be tough. Mr Joshi in the conversation has also shared the initiatives that the authority will take on the day of the exam, which can be checked in the video. The Link has been shared below,

Expert opinion on NEET difficulty level due to AIIMS and JIPMER

As per Mr Pramod Joshi: "The pattern and syllabus of NEET would not change. Those students who were writing AIIMS and JIPMER earlier were also writing NEET, so the set will not change. NEET is still the same competition that it used to be. Rather the opportunity has been increased, as AIIMS and JIPMER now a part of NEET, and students should be worried to prepare for AIIMS and JIPMER separately There is nothing to worry about as far as NEET pattern is concerned"

On the other hand, Prof. Ravindra Kumar said: “For the past two years, JIPMER and AIIMS were conducted online, which is clearly different. As a teacher, in my opinion, the JIPMER question paper was easy; however the AIIMS pattern is totally different. When I observed the previous year AIIMS paper of Physics was very tough. The question paper framed under the syllabus was crossing the boundaries that were trouble with AIIMS. So, for NEET, the NTA frames the question paper and syllabus. NTA is making good precautions to frame a good number of questions without crossing the boundaries. Since the paper will be set by the NTA, candidates must not worry. Paper will not be going to be tough.”

Is Coaching mandatory to clear NEET?

In order to fill the gap between the paper and students, the authorities are doing psychometric analysis of the students who have cleared the entrance exam last year in order to gradually adjust to that level. So that in future, going to the coaching centres will not be a computation but a voluntary activity for those who want to study with coaching help. Psychometric analysis is a technique that is done in order to make sure that the final test meets the objectives and standards that were intended.. With psychometric analysis, authorities can ensure that the exam and every subsequent version of it continues to meet the high standard quality.

Frequently Asked Question (FAQs) - Will NEET 2020 be difficult after merger of AIIMS and JIPMER?

Question: Can the NEET exam be canceled further from July 26?

There is no such news announced yet and if and when that happens, NTA will surely release official notification.

Question: Can I score well in NEET 2020 if I start preparing now?

With two months left for the exam, completing the NEET syllabus would be difficult. However, if you do a bit more hard work it is possible.

Question: What is the best strategy for the NEET exam in the last month before the exam?

Revise as much as possible and also attend online mock tests.

Question: Is NCERT enough for NEET 2020?

Yes, NCERT is known to be the best study material for the NEET entrance exam.

Question: Is there a change in the syllabus of NEET 2020?

No statement by the authorities regarding the change in syllabus for NEET has been announced yet.