All about BUMS - The medical students who wish to make their career in medical industry can pursue BUMS (Bachelor of Unani Medicine and Surgery). B.U.M.S. is an undergraduate medical degree in the field of Unani medicine and surgery. If think about BUMS history, the word Unani is a Greek work for the term Unani (Perso-Arabic). It was the preaching of Greek Physicians Hippocrates and Galen. BUMS medicine degree is well known for its four classical humours of Hippocrates - phlegm (balgham), blood (dam), yellow bile (safra) and black bile (sauda). Unani medicine was introduced in India by Arabs and the Persians in 11th century.
LATEST: Correction in NEET application form 2020 has been started! 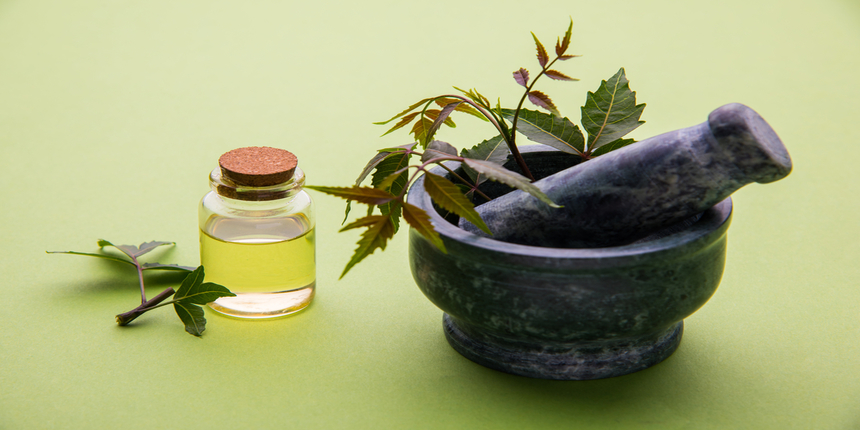 BUMS education and training in India is being regulated by Central Council of Indian Medicine (CCIM), which is a statutory body under the Department of Ayurveda, Yoga & Naturopathy, Unani, Sidhha and Homeopathy (AYUSH). In order to get admission under BUMS course, an aspirant must fulfil certain eligibility conditions and should also qualify NEET exam, which is to be conducted on July 26, 2020.

The medical aspirants desirous to pursue BUMS admission must complete their Class 12 or equivalent exam and fulfil the other specified eligibility criteria. Bachelors of Unani Medicine and Surgery (BUMS) is a five and a half years undergraduate degree, of which 4.5 years will be the academic session and one year of compulsory rotatory internship.

While it takes an immense dedication, hard as well as smart work in order to crack NEET and to become successful in the profession, as a huge number of aspirants are trying to put themselves in the medical studies to become a Unani Doctor.

How to apply for BUMS admissions in India?

The Ministry of AYUSH released an official notification on June 26, 2018, stating that the admission to B.U.M.S. courses shall be compulsorily done on the basis of scores obtained in NEET. The state counselling authorities will release the application forms for the interested candidates for admission to degree course by a stipulated date.

However, the Patna High Court on October 10, 2018, in its order had rejected the order of Ministry of AYUSH which regulated all the states to take BUMS admissions on the basis of NEET scores. The single bench comprising Justice Chakradhari Sharan Singh, stated that aspirants who did not took NEET UG exam can also apply for BUMS admission offered by Government Tibbi College, Patna.

Contradicting the order of Patna High Court by releasing an open letter on November 1, 2018, the Ministry of AYUSH with the approval of Government of India, directed all the State/Union Territories (UTs) governments to admit the eligible students to BUMS undergraduate courses through the merit list of NEET 2020.

Click here to read the letter by Ministry of AYUSH.

NEET entrance exam, conducted by National Testing Agency (NTA) from the year 2019 onwards. The offline entrance examination will be conducted on July 26, 2020. Besides BUMS, the scores of NEET will also be used for admission to around 103877 seats (76,928 MBBS and 26,949 BDS) offered in the medical and dental colleges of India.

Until 2018, NEET UG was conducted by Central Board of Secondary Education (CBSE) as a single window entrance exam in pen and paper mode. The exam was generally conducted in the first Sunday of May. On April 28, 2016, through the directives of the Supreme Court of India, AIPMT (All India Pre-Medical Test) was scrapped.

BUMS seats in government colleges are the longed-for through NEET exam. Then comes those courses offered by Deemed Universities such as Jamia Hamdard. The private BUMS colleges like Institute of Asian Medicine Sciences, Srinagar; Z.V.M. Unani Medical College and Hospital, Pune are most sought after colleges.

The admission process of national level undergraduate entrance exam has started with the release of application form, along with the brochure. NEET registration 2020 will begin from December 2, 2019, and will be closed on December 31. Only the registered candidates can download NEET admit card 2020 from official website.

It is mandatory for the test takers to understand the detailed structure of NEET 2020 exam pattern as mentioned in the table below.

Since, NEET is being considered as the sole entrance examination for admission to Bachelor of Unani Medicine and Surgery, the interested aspirants must essentially fulfill the eligibility criteria of NEET 2020 as specified by the National Testing Agency. Here are some basic eligibility conditions which candidates should meet for admission to BUMS programmes.

All about BUMS Study Curriculum

In consonance with Firdous A. Wani, the registrar of Jamia Hamdard University, the five-and-a-half-year BUMS programme includes a year of rotatory internship to assist the medical students to become a practitioner by implementing the lessons they learnt in their classrooms. In the four and a half year of professional academic sessions, the future Unani doctors are taught and trained to be expert in various specializations of Unani, which also includes Anatomy, Physiology, Fundamentals of Unani medicine, Unani Pharmacology, Clinical medicine and diagnostics with Unani and modern methods. B.U.M.S. course curriculum also provides the detailed knowledge and understanding of the subjects like Internal medicine, Disorders of eye and ENT, Surgery, Obstetrics and Gynaecology, Paediatrics among others.

Along with the professional academic sessions, the future Unani doctors are also trained and groomed to cope with the extra-curricular activities such as interfaculty and intra-university debates, medical quiz and other competitive activities, said Wani

Aforementioned, the government, deemed and private colleges offering BUMS courses will use the scores of NEET UG 2020. All the seats in BUMS participating colleges will be allotted by the respective state counselling authorities. As per the official information from CCIM, a total of 41 colleges have been permitted to grant admissions to BUMS courses, offering as many as 1706 seats across the colleges in India. Here is the list of colleges granting admission to BUMS courses across the country.

The fees to be remitted by students to reserve a seat in BUMS course differs from every government and private college. However, one year fees for BUMS colleges is around Rs. 50,000 INR. The fees will be calculated keeping the four and a half years in mind. Meanwhile, aspirants can check the BUMS fees structure of private Unani colleges of Maharashtra for a better idea.

Once becoming the Hakim (Doctor) after completing the B.U.M.S. course, the medical graduates can opt the following job profiles for a bright future.

For more information on BUMS and other medical courses, stay tuned to www.medicine.careers360.com

Get answers from students and experts Ask

Your B.U.M.S. brochure has been successfully mailed to your registered email id .