UP to accept NEET scores for MBBS, Dental programmes; UPCPMT may be scrapped 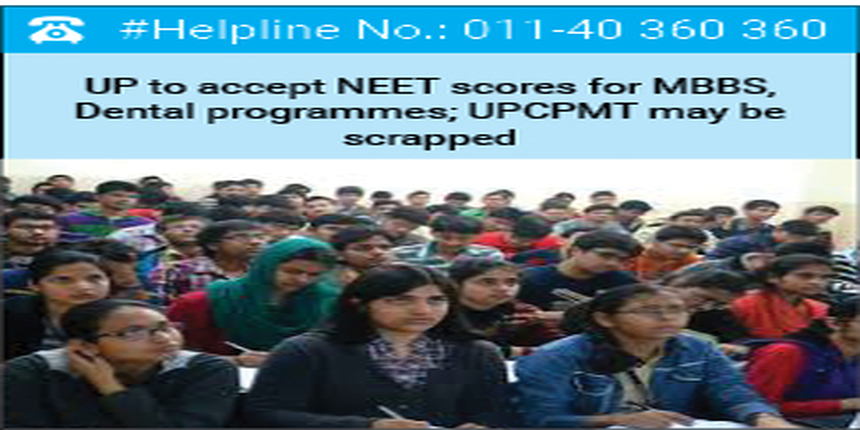 Dr. Anup Chandra Pandey, Principal secretary, medical education department, UP was quoted as saying to English daily, Times of India that the medical body has decided to go with NEET for admissions to state run medical and dental colleges. However, a separate notification for admissions to the courses under Ayurveda, Yoga & Naturapathy, Unani, Siddha & Homeopathy (AYUSH) would be issued, he added.

With this announcement, the state-level medical entrance exam, commonly known as Uttar Pradesh Combined Pre Medical Test (UPCMT) is likely to be cancelled.

UPCPMT 2016 was earlier scheduled to be conducted on May 17, 2016, but it was cancelled after Supreme Court’s May 9 ruling implementation of NEET across MBBS and BDS admissions in state, private and deemed medical colleges from this academic year.

The Centre, however, has now issued an ordinance on NEET, allowing states to conduct their own entrance tests.

In case the Uttar Pradesh government accepts only NEET scores for admissions to MBBS and BDS seats in government colleges, the 85 per cent state quota seats will be filled through NEET only along with 15 percent all India quota seats.

The credibility of UPCPMT is already shaken with paper leak cases in previous years.