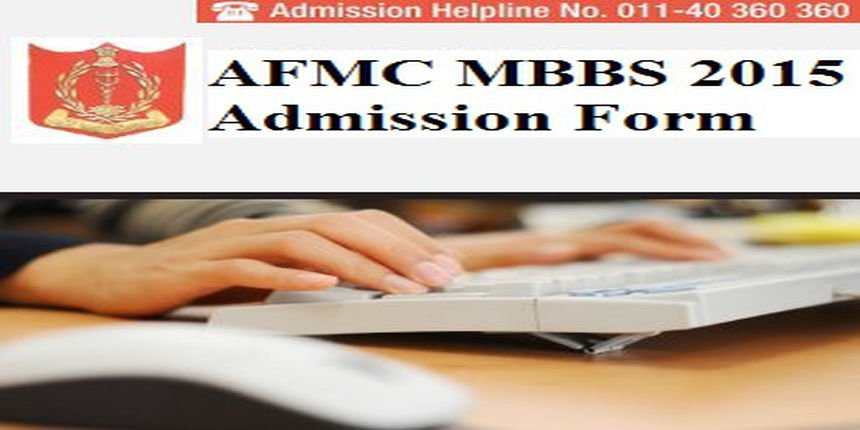 The application form for AFMC MBBS 2015 is available now. According to officials, interested candidates can apply for AFMC MBBS in the online mode from April 21 and the last date for registration is May 15, 2015.

The registration fee for AFMC MBBS admission is Rs. 250. Candidates can pay the fee through SBI Bank challan.

Admission to 130 MBBS seats in Armed Forces Medical College (AFMC) Pune 2015 will be done on the basis of AIPMT 2015 score. Armed Forces Medical College, Pune has decided that for 2015 academic session admission candidates will be admitted on the basis of AIPMT 2015 score. Among the 130 MBBS seats in AFMC 105 are reserved for boys and 25 are for girls. In total 10 seats out of 130 are reserved for candidates belonging to the scheduled castes/scheduled tribes.

The examination authority, Central board of Secondary Education (CBSE) will prepare a separate merit list for candidates who have applied for AFMC.

AIPMT 2015 is a national level undergraduate medical entrance exam conducted by CBSE on May 3, 2015 for admission to MBBS and BDS seats under 15% All India Quota in Government medical and dental colleges of India excluding Andhra Pradesh, Telangana and Jammu & Kashmir.