AIPMT 2014 conducted on May 4: About 6 Lakh candidates take exam 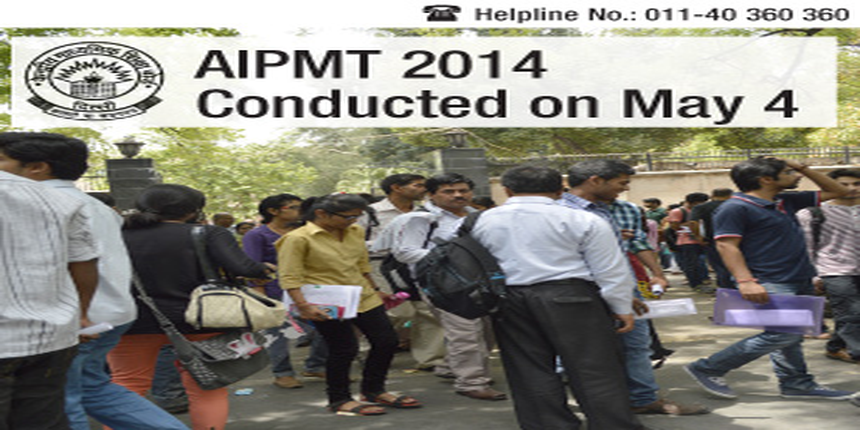 The AIPMT 2014 entrance exam was conducted by Central Board of Secondary Education (CBSE) on May 4, 2014 across the country. According to CBSE, 6, 16, 982 candidates had registered for the AIPMT 2014, a national level undergraduate medical entrance exam for 15% all India quota seats in Government Medical colleges across India excluding Andhra Pradesh and Jammu & Kashmir.

The AIPMT 2014 entrance exam will shortlist candidates for admissions to Bachelor of Medicine and Bachelor of Surgery (MBBS)/Bachelor of Dental Surgery (BDS) programmes. According to the Medical Council of India, there are 21, 373 MBBS seats in Government Medical colleges across India excluding Andhra Pradesh and Jammu & Kashmir out of which 15% will be filled on the basis of AIPMT 2014 merit.

C. Shekhar, Director of Pathshala, said that “The overall paper was moderate and hence was not too difficult for the candidates”

According to some candidates who spoke to Careers360, the overall difficulty level of the paper was moderate. Physics was tough compared to the other three sections as most of the questions were problem-based whose solution took time.

The answer key of AIPMT 2014  will be available soon. Candidates can download the AIPMT 2014 Answer Key here to match their response and calculate their score.

AIPMT 2014 result will be published by CBSE in the first week of June, 2014. Before publication of the result, CBSE will release the images of OMR Answer Sheets and responses graded by machine of all the candidates who appeared in the exam. The OMR answer sheets will be displayed from May 25 to May 31, 2014.

As per information mentioned in the AIPMT 2014 prospectus, candidates who have doubts related to responses graded by the machine can submit their representation against the grading alongwith with a payment of Rs.1000 per response. If a candidate’s representation on AIPMT grading is accepted by CBSE then the fee will be refunded. It must be noted that there is no provision for re-checking/re-evaluation of the AIPMT 2014 answer sheets.