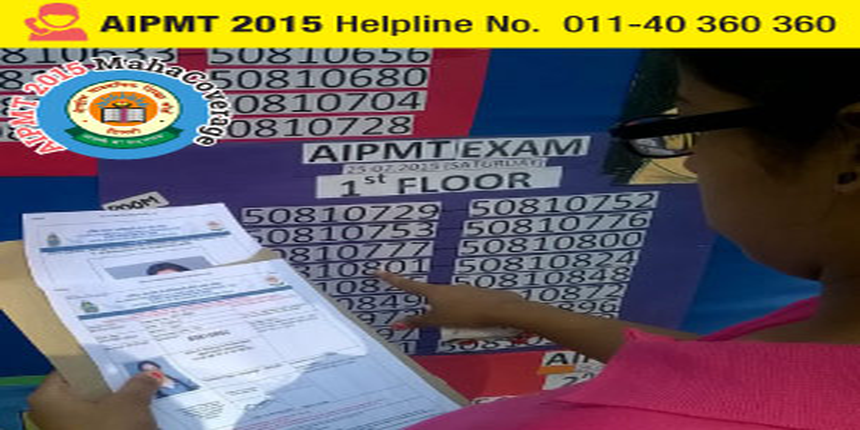 AIPMT 2015 retest began sharp at 10:00 am amid strict measures taken by examination authority Central Board of Secondary Education (CBSE). As per the AIPMT 2015 exam guidelines, no candidates were allowed to take any materials expect their retest admit card inside the test centres.

The retest was necessitated due to cancellation of AIPMT exam held on May 3 on account of answer key leak row. Read the full story here.

Majority of test takers, whom careers360 spoke to, were happy with the retest as it would give them a fair chance to compete for Medical and Dental seats under 15% All India Quota.

Deepa, an MBBS aspirant from Delhi was happy with the re-exam. She said, “Though it is hard to prepare for the retest, yet I have done it with full vigour. This decision of retest has brought faith and credibility in the system.”

However, few parents said motivation level was low this time because candidates had to prepare at the time when they were expecting their AIPMT 2015 result.

1:03 pm – Careers360 spoke to AIPMT 2015 candidates and their experience of the restest. Candidates relate the paper to be an easy one as compared to the May 3 paper. Physics was a bit tough, where Chemistry and Biology were very easy

12:45 pm – The exam is to end in next 15 minutes, as parents gather around the examination exit gates

9:30 am – Entry for the coveted medical entrance exam closes; parents wait for their wards outside the exam centres

8:00 am – Examination centre authorities were seen frisking the candidates extensively, no bangles, no wristwatches, no water bottles, no pens, no buttons on kurtis and no hair pins even

7:00 am – Early birds seen flocking in for the retest of the coveted medical entrance exam, that has been rescheduled after Supreme Court cancelled the May 3 test

Stay tuned to medicine.careers360.com for more news and updates on AIPMT 2015 retest