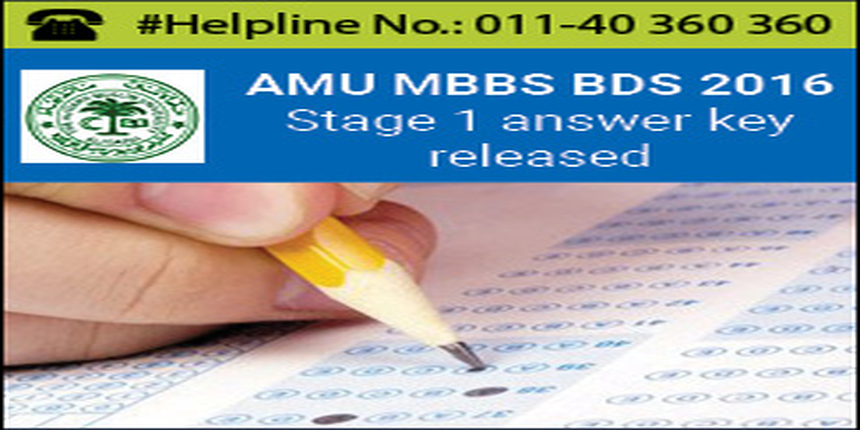 As per the official notification released by AMU on April 11, in case of any doubt/discrepancy found in the AMU MBBS BDS 2016 Stage 1 Answer Key, candidates can challenge it within 48 hours, i.e. till April 14. Candidates can report the error to the Controller's Office directly along with the documentary evidence in support of their claim or through the online window provided for this purpose. While challenging the answer key candidates have to provide their name, roll number and course name with the representation.