The Bombay High Court has declined to interfere with the state government’s defined rules for admissions into private medical colleges, which mandates admission for domicile candidates to 85 per cent of the total seats in such institutions.

A two judge HC bench of Chief Justice Manjula Chellur and Justice M S Sonak, rejected the interim relief to petitioner, Mahatma Gandhi Vidya Mandir, a trust which runs dental college in Nashik. Further, the HC also rejected the petitioner’s request to grant status quo on this order, so that it can move to the Supreme Court. 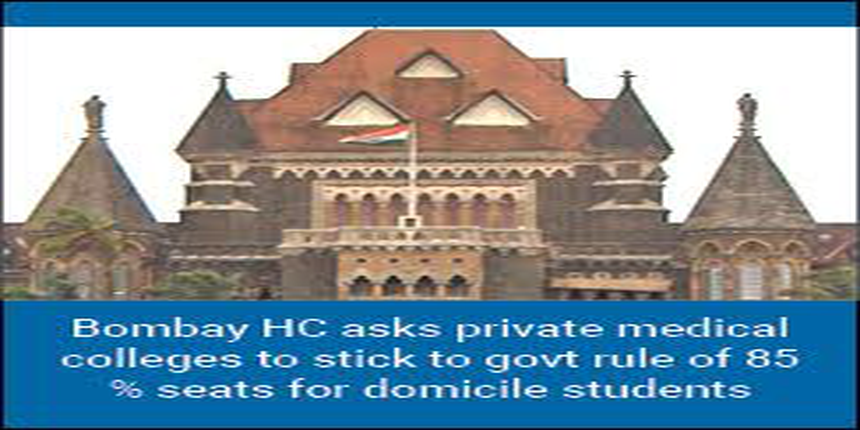 On Monday while pronouncing the interim order, the court said, “we are not interfering with the state’s decision of compulsory domicile and therefore, interim relief petition is rejected.”

Now, as per the state government’s newly introduced domicile policy, 85 per cent seats in private medical colleges shall be filled with students from within the state. However, the court has asked government to prepare a separate merit lists for Maharashtra and All India candidates.

A number of law suits had been filed in HC challenging the Maharashtra domicile policy for admission to medical colleges. The institutions which had filed the petition wanted to go ahead with the admissions on the basis of national NEET merit list.  But the state government insisted on strict compliance of new domicile rules.

Even though the Supreme Court has imposed status quo on the on-going admission process in different medical institutes across different states, the Directorate of Medical Education and Research (DMER) Maharashtra, has announced the final merit list for private medical and dental colleges. Students have been asked to complete their admission confirmation process at the earliest in order to complete the process before September 30, the deadline stipulated by SC for commencement of academic session.

Still, the petitioners are yet again expected to move to SC for a favourable order.