Presenting the Union Budget 2018-19, Finance Minister Arun Jaitley announced that the Government intends to open 24 new medical colleges and hospitals over the course of the coming year, primarily by upgrading the existing hospitals in each district. Speaking before the Lok Sabha on February 1, 2018, Jaitley said the objective behind this is to improve the “accessibility of quality of quality medical education and healthcare” throughout the country. According to Jaitley, the move would ensure that there would be one medical college for every three parliamentary constituencies, automatically translating to one medical college in every state.
Related Post -
NEET 2019
NEET Eligibility Criteria 2019
NEET Application Form 2019
NEET Admit Card 2019 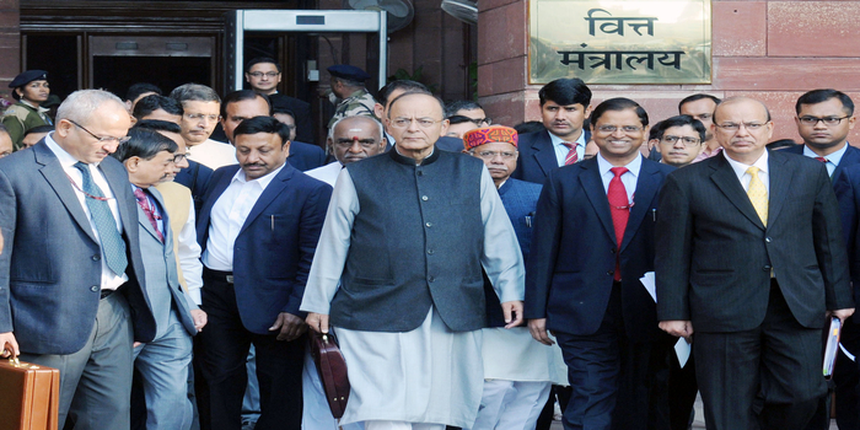 “In order to further enhance accessibility of quality medical education and healthcare, we will be setting up 24 new Government Medical Colleges and Hospitals by upgrading existing district hospitals in the country. This would ensure that there is atleast 1 Medical College for every 3 Parliamentary Constituencies and atleast 1 Government Medical College in each State of the country,” the Minister was quoted saying in part 62 of his Budget Speech, under Section II. ‘Investment, Expenditure and Policy Initiatives’, the sub-section being ‘Health, Education and Social Protection’.

While the Union Government’s focus on expanding medical education this year may seem low-key when compared to the 2017-18 budget where it had announced a slew of new measures, the announcement is still likely to be welcomed by a majority of medical aspirants, especially those from states without medical colleges of their own.

Last year, the Budget had focussed more on expanding the scope of postgraduate medical education in the country. Jaitley had announced then that 5000 new seats would be added at PG level to ensure the existing shortage of doctors in the country was overcome. In December 2017, the Union Minister of State for Health and Family Welfare Ashwini Kumar Choubey confirmed that over 5800 PG seats had been added over the course of the year. This year, the Budget plan to open new colleges at undergraduate level is in line with the Government’s stated objective of increasing the doctor-population ratio from the existing 0.63:1000 to the prescribed WHO norm of 1:1000.

The proposed increase in the number of colleges and focus on improving the healthcare sector will be a welcome move considering the disparity in the number of students who aspire to get admission in medical colleges and the number of seats currently available in the country. As per the existing CBSE data, more than 11 lakh candidates appear annually in the National Eligibility cum Entrance Test (NEET) which determines admissions to 90,000 undergraduate medical and dental seats across the country. Meeting the needs of medical aspirants will go a long way towards ensuring this gap between healthcare demand and supply is bridged.