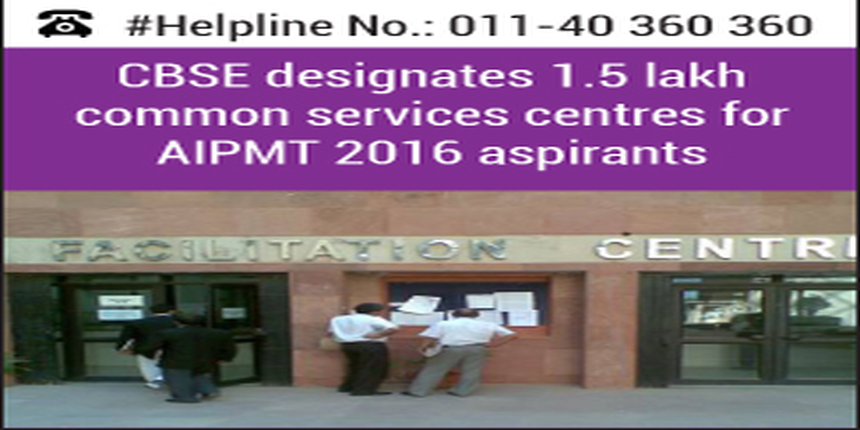 Central Board of Secondary Education (CBSE), the examination authority of AIPMT 2016 has designated around 1.5 lakh common services centres (CSC) to support candidates in registering for AIPMT 2016 application form. The common services centres/ facilitation centres have been, basically, set up for candidates from rural areas who are not well versed in online computing required at various stages of AIPMT 2016.

Students can also download OMR sheets as well the official answer key after the examination.

AIPMT 2016 facilitation centres is a part of the national e-Governance Plan (NeGP) of the Government of India and is managed at each village panchayat level by a Village Level Entrepreneur (VLE). The facilitation centres will help candidates at various stages of national level entrance exam scheduled to be conducted on May 1, 2016.

The table given below shows the services provided at facilitation centres along with their charges:

Candidates can check the list of AIPMT 2016 Common Services Centres/ Facilitation Centres from the window given below: