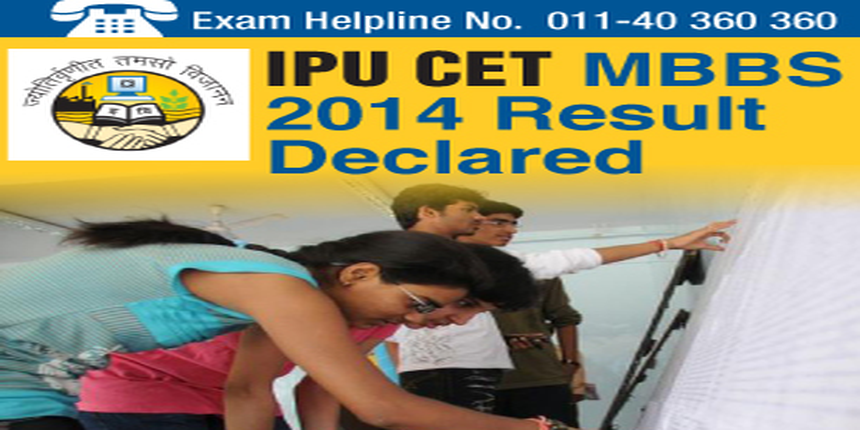 IPU CET Medical Exam 2014 was conducted on April 27, 2014 in afternoon session from 02:00 PM to 05:00 PM. The question booklet given to candidates had 200 objective type questions from Physics, Chemistry, Botany, and Zoology. Each question carried 4 marks for correct answer and there was negative marking of one mark for every wrong answer.

Admission to 124 MBBS seats in academic year 2013-14 in Vardhman Mahavir Medical College and Safdrajang Hospital was done on the basis of NEET 2013 score. Check below the All India and Delhi category wise rank from the table below:

NEET 2013 Rank against Each Category:

* The rank indicated is based on official information.

As per the official information, there were 45 students from various categories admitted to Hindu Roa Hospital MBBS Programmes on the basis of NEET 2013 Score.  Check below the detail of category wise admission detail for the academic session 2013-14:

NEET 2013 Rank against Each Category:

* The rank indicated is based on official information.

Hello,
I have not exactly understood your question. However if your question is about the chapters and chapterwise weight age for neet ug 2020 exam you can check the link below. This link gives the chapter wise weight age of the various chapters of 11th and 12th
https://medicine-careers360-com.cdn.ampproject.org/v/s/medicine.careers360.com/articles/neet-chapter-wise-weightage-and-important-topics/amp?amp_js_v=a3&amp_gsa=1&usqp=mq331AQFKAGwASA%3D#aoh=15823717741928&referrer=https%3A%2F%2Fwww.google.com&amp_tf=From%20%251%24s&ampshare=https%3A%2F%2Fmedicine.careers360.com%2Farticles%2Fneet-chapter-wise-weightage-and-important-topics
Please check the link and ask us if you have any other queries.
Hope this helps.
All the best
Read More
Answer
Answer Later
Report
8 Views

MCC will commence NEET counselling and seat allotment for MBBS and BDS seats under 15% All India Quota from June 19, 2020.

However state level counselling for 85% seats will be organized separately by the respective state authorities . Candidates appearing for NEET 2020 and clearing NEET cut off required by the RESPECTIVE COLLEGES can apply for admission in that college through counselling.