J & K is the first Union Territory (UT) to be allocated two AIIMS said Jitendra Singh - Union Minister of State for Personnel, Public Grievances and Pensions Jitendra Singh performed the "bhoomi poojan" ceremony of AIIMS at Vijaypur, District Samba on February 13. While addressing the occasion, the Union Minister said that the Jammu & Kashmir is the only State/Union Territory across India to be allocated two AIIMS – one in Jammu and other in Kashmir. 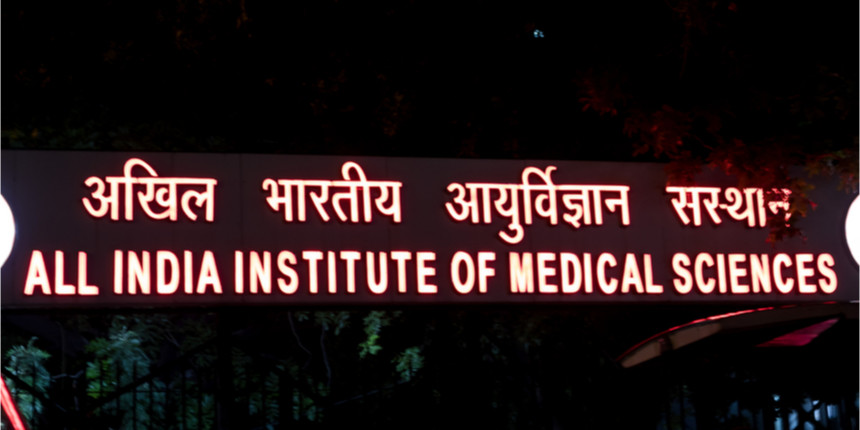 As per the official press release, the Union Minister in his speech said that nine medical colleges have also been sanctioned in Jammu & Kashmir in addition to the two AIIMS. He thanked Prime Minister Narendra Modi and said that the new work culture of the Union Government is working for the welfare of the local people beyond vote bank politics and it greatly benefited the people.

The Union Government had approved the proposal for the establishment of AIIMS at Jammu at Vijaypur, District Samba under the Pradhan Mantri Swasthya Suraksha Yojana (PMSSY) in January 2019.

The foundation stone of AIIMS, Jammu was laid by Indian PM Mr. Narendra Modi on February 3, last year. The estimated cost to build is a cost of Rs 1,661 crores, the Central Public Works Department (CPWD) is executing this project and It is projected to be completed in 30 months by August 2022 in an approximate area of 22,315 sqm.

Once after the completion of this project, AIIMS Jammu would be a 750-bed hospital with super specialty departments. It shall also have a medical and a nursing college both. It will be a green building incorporating state of the art equipment and technology.

Union Minister of State for Personnel, Public Grievances and Pensions, Dr Jitendra Singh also tweeted about the establishment of medical colleges in Jammu and Kashmir - 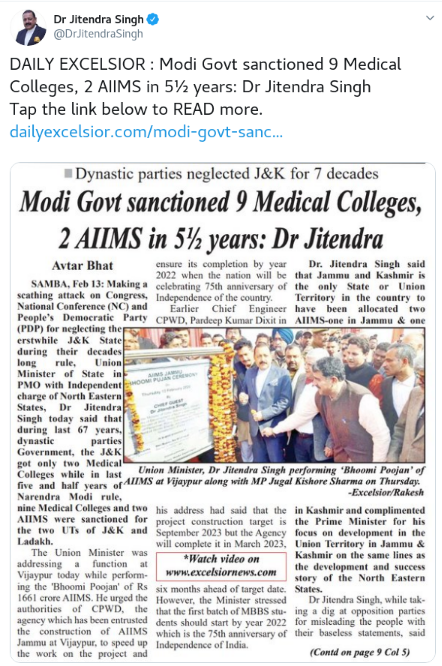