Kannada will be included in NEET, says Union Health Minister

Union Minister for Health and Family Welfare JP Nadda has assured that Kannada would be included as one of the vernacular languages for the NEET 2017.

Responding to the request made by the state government to include Kannada, Nadda was quoted as saying to a national daily, “As the government has asked for inclusion of Kannada, we are open to it. We respect the sentiments of the people of the state and believe in cooperative federalism.” 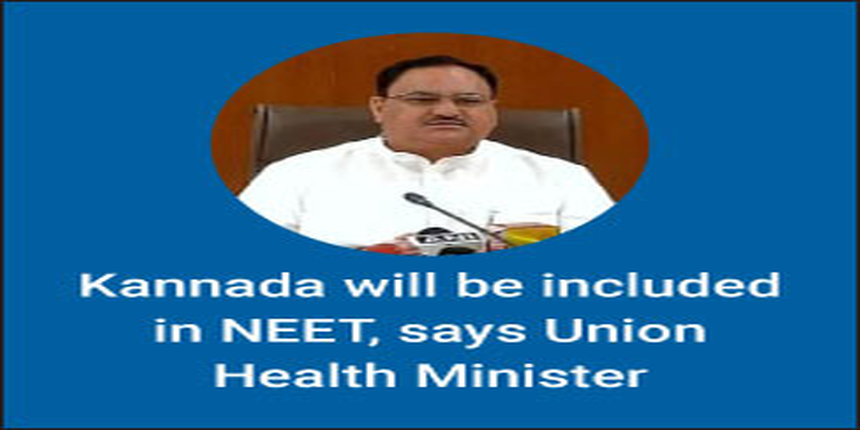 Earlier, The Kannada Development Authority (KDA) Chairman Prof S G Siddaramaiah had written a letter to HRD Minister Prakash Javadekar to include Kannada as one of the regional languages for the NEET 2017. Read the full story here.