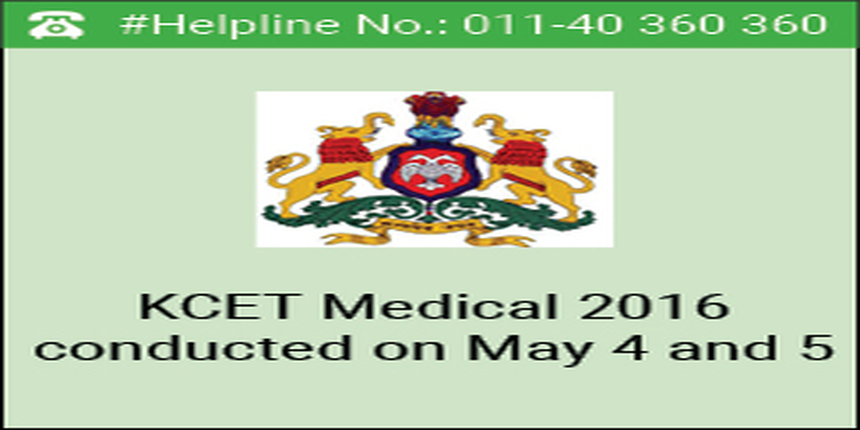 Even as state level medical entrance examinations are facing an uncertain future in India following fresh pleas by representatives of some states to reconsider NEET 2016, the Karnataka Examination Authority (KEA) has gone ahead and conducted KCET Medical 2016 in a two-day window covering May 4 and 5, 2016.

The KEA had, in fact, stuck to its decision to conduct the common entrance exam as per schedule even before Supreme Court’s hearing on May 3 asking the MCI and Health Ministry to respond to the state pleas. About 1.78 lakh candidates had registered for the KCET Medical 2016.

On April 29, 2016, the apex court had ordered to conduct a centralized admission exam, National Eligibility and Entrance Test (NEET) mandatorily, for admissions to medical and dental seats in all government colleges, deemed universities and private medical colleges across India, along with the regulation that the exams which have already been held or is to be conducted separately stand annulled.

However, after receiving review petitions filed by Maharashtra, Gujarat and some private institutions about implementation of NEET 2016, the Supreme Court has asked Health Ministry and Medical Council of India (MCI) to respond to the plea. Though, the SC was all set to announce its review verdict on May 5, but now it has been adjourned till May 6, 2016, asking all the petitioners to submit their plea in one-page.

Stay tuned to www.medicine.careers360.com for more new and updations on KCET Medical 2016