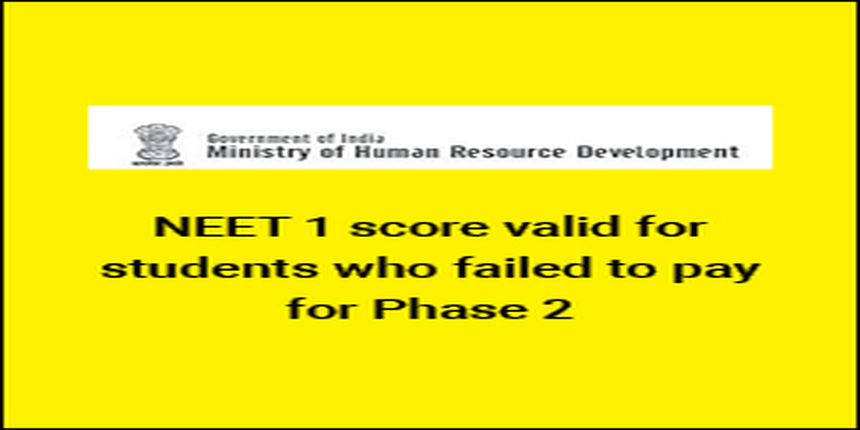 Aspirants who cancelled their NEET phase 1 candidature while applying for phase two of the test, can still seek admission through their phase 1 score if they were unable to pay the registration fee for NEET Phase 2. Additionally, a three-member Oversight Committee, comprising retired Chief Justice of India R M Lodha and former CAG Vinod Rai, has been set up to decide the fate of phase 1 candidates who have registered for the second phase but might not be able to appear for it.

Earlier, on May 9, 2016, the Supreme Court had ruled that NEET-II can be taken by all candidates irrespective of their appearance in NEET -1, held on May 1, 2016 but with a condition that they will lose their NEET Phase 1 score.

According to Human Resource Development Minister, Prakash Javedakar, the decision to allow eligible candidates to retain their NEET 1 candidature was taken after an aspirant, who missed the payment deadline, approached him for relief.