Upholding the Supreme Court’s mandated NEET guidelines from last year, the Medical Council of India (MCI) has nullified admissions given to 778 MBBS students in various private colleges across Puducherry in the year 2016 as the institutions were in gross violation of the prescribed norms of the admission process notified by the apex court, according to media reports. A total of three private colleges and four deemed universities were found to be in violation of the rules. 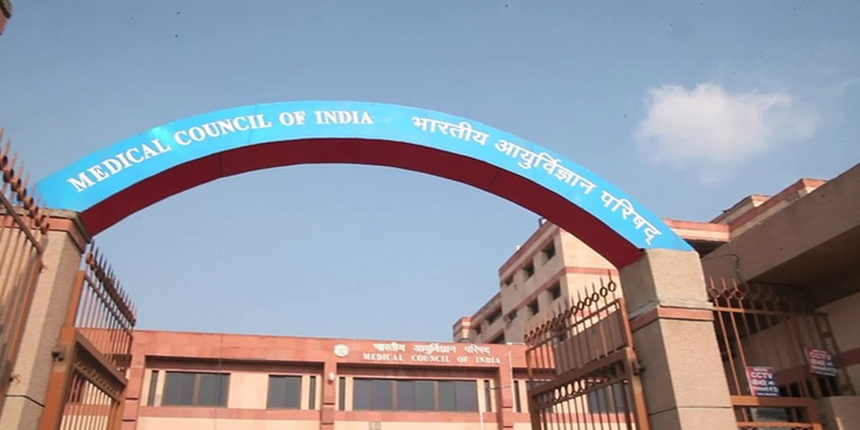 As per a letter issued on September 7, 2017 by the MCI joint secretary Rajendra Wahale addressed to the Health Secretary of the Puducherry government, the colleges did not adhere to fairness and transparency in the admission process. The institutions admitted students illegally after the last date of admission, which was fixed to be September 30 by the Supreme Court and the MCI. Students who were not allotted seats by the Centralised Admission Committee (CENTAC), which holds the responsibility of preparing a list of successful candidates and monitoring the admissions process on behalf of the state government.

President of Puducherry UT All Centac Students Parents Association, M Narayanassamy, had written to Bedi and demanded that a committee led by retired judge, Chitra Venkatraman, be formed to look into the charges. The MCI’s Monitoring Sub-Committee (MSC) subsequently launched a probe into the allegations and took into consideration Bedi’s letter as well as a report written by Venkatraman.

Outlining deficiencies in the entire admission process, Venkatraman’s report stated that the colleges arbitrarily admitted students in complete violation of the Supreme Court’s orders as the meritorious students deserving admission were denied seats.

"The UGC sent a letter dated September 15, 2016 to all deemed universities that they shall be part of common counselling for admission in medical courses organised either by a state government or through its agency based on marks obtained by NEET.The colleges have not followed this process even for admissions made after this date. This reinforces the observation of the MSC that the transparency and fairness were probably the last things on the minds of the authorities of the colleges", Wahale was quoted saying in media reports.

The parents association also questioned the MCI’s failure to take appropriate action against the erring colleges. The colleges however have denied any irregularities in the admissions process and claim that they followed the prescribed guidelines set by CENTAC. It remains to be seen whether the students intend to fight to hold their seats or if the culpable institutions will be held accountable in the latest case to affect the NEET process.

How is Allopathy different from Homeopathy - Candidates seekin...

There are any chances of cancellation of jee and Neet exams?

At this point in time, there is no clear notification regarding the same. A parents body has filed a PIL in the Supreme Court requesting for JEE Mains and NEET to be postponed further due to the increased cases. They have come up with 10 reasons as to why JEE Mains should be postponed. And IIT Delhi has already cancelled conducted JEE Advanced in Foreign Countries. And Parents body from Gujarat also filed a PIL requesting NEET and JEE Mains to be conducted as per schedule without any delay. Supreme Court is yet to pass an order on it. So until there is an official notification regarding this from either NTA or MHRD, we have to assume that JEE  will be conducted as scheduled from September 1st to 6th. There are 36 days more to go for the D day and anything might happen. If Supreme Court accepts the PIL, it might then ask MHRD and NTA to file in their petitions and then a call will be taken accordingly after all the pleadings are heard. So while it is still under hearing, we cannot say anything at this point in time. We have to wait to hear from either NTA or MHRD regarding the same. Until then the only wise thing to do would be to prepare for JEE as if it is going to happen from September 1st to 6th  and NEET for September 13th so that if the schedule doesn't change, you are not thrown off the guard.

Looking for details for NRIs. my kid is in 12th grade now and will finish her 12th grade by May 2021 here in USA. and planning to take some trainings from India for NEET. She did all Biology, Chemistry and Physics. What are the fees for NRIs in AP?>

Sarvatma Mishra 13th Aug, 2020
https://medicine.careers360.com/colleges/list-of-private-medical-colleges-in-andhra-pradesh. Maybe this maybe helpfull to u
It's nearly 30 to 35 lakhs per annum.
Read More
Answer

If I get 450 marks in neet 2020 .will I get free seat in private college in telangana and andhrapradesh .my caste is BCB?

There is no concept of Free seat. There are 3 Categories in Private Medical Colleges. Category A is the Government Quota Seats. And only candidates of the home State are eligible to apply for these seats. Under this Category, 417 marks secured a seat in Mahavir Institute of Medical Sciences under OBC Category. That was the cut off. Now this is 2018 data and cut offs change every year. Cut offs change every year depending on various factors such as no.of Candidates appearing for the exam, no.of Candidates qualified, top NEET score and difficulty of the exam. So even for Category A seats in Private Medical Colleges, you need to aim for atleast 475 and above. 450 might not be enough.  And if you are preparing for NEET, you may as well try our NEET Knockout package: https://learn.careers360.com/knockout-neet-may/ . And because you have 34 more days to prepare for NEET, you may as well use this opportunity.

CMC Ludhiana is a Christian Minority Private Medical College. We do not have 2019 data. But in 2018, under All India Quota, 530 marks secured a seat in CMC Ludhiana under General Category. And 459 marks secured a seat in this College under Minority Category. Now this is 2018 data and cut offs change every year. Cut offs change every year depending on various factors such as no.of Candidates appearing for the exam, no.of Candidates qualified, top NEET score and difficulty of the exam. For a seat in this College under General Category under All India Quota, you should aim for more than 575.  And if you are preparing for NEET, you may as well try our NEET Knockout package: https://learn.careers360.com/knockout-neet-may/ . And because you have 34 more days to prepare for NEET, you may as well use this opportunity.

Hamdard Institute of Medical Sciences is a Deemed University. . Under All India Quota, All the 15% of All India Quota Seats except for Jammu and Kashmir, 100% Seats at Deemed and Central Universities, IP Quota seats in ESIC Colleges, Seats at AFMC, AIIMS and JIPMER are filled by DGHS. Going by this Hamdard also fills its seats through All India Counselling. In 2019, under All India Quota, 543 marks secured a seat in Hamdard Institute of Medical Sciences under General Category. This was after the stray vacancy round. And that was the cut off.  Now as mentioned, this is 2019 and cut offs change every year depending on various factors such as no.of Candidates appearing for the exam, no.of Candidates qualified, top NEET score and difficulty of the exam. So for a seat in 2020 in Hamdard you will need more than 600 if you belong to General Category and atleast 500 if you belong to Reserved Categories. exam And if you are preparing for NEET, you may as well try our NEET Knockout package: https://learn.careers360.com/knockout-neet-may/ . And because you have 34 more days to prepare for NEET, you may as well use this opportunity