NEET 2017: Aadhaar number may be required for filling applications 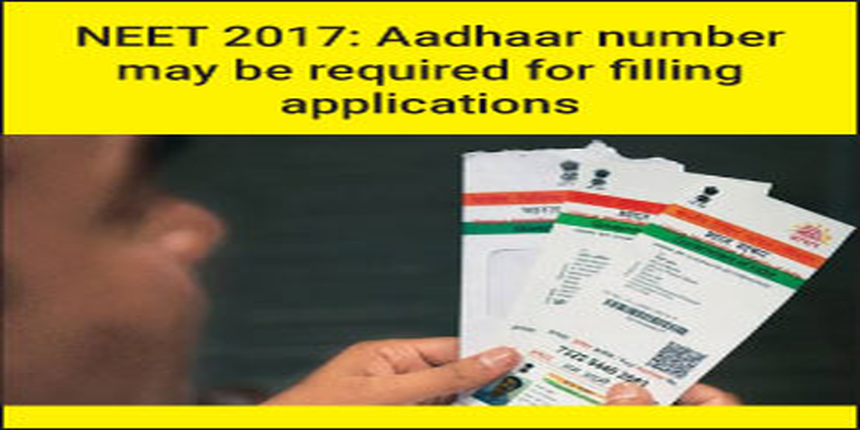 After introducing this feature for JEE Main 2017, CBSE had put the same notification on official NEET website also, indicating to a similar provision for the application form for the national level medical entrance exam also.  Read the complete story here.

The possibility for introduction of Aadhaar number in NEET application form has further gained ground after the MHRD minister Prakash Javadekar said that the government is planning to implement the Aadhaar number identification for all national level exams.

“This Aadhaar card acquirement is a work in progress and we will take it to entrance examinations also because the sanctity of examinations is very important. Aadhaar is a photo identity proof and a unique identity. In some states, we see impersonation, which will be prevented. This is a good thing,” the minister was quoted as saying to a National Daily.

On November 18, CBSE had announced that Aadhaar number will be mandatory for registration of candidates for the Joint Entrance Examination (JEE)-the two tier entrance examination for entry into IITs and other top engineering colleges. However, the mandatory clause was later removed and alternative identification modes were added for candidates belonging to the states where Aadhaar has not been completely implemented.

Will NEET 2020 September Exam be cancelled?
View All News