NEET 2017 applications are likely to begin from January 2 as the registration process for MBBS and BDS entrance examination has been delayed by over a month. As per media reports, Central Board of Secondary Education (CBSE) which is the regulatory body for National Eligibility-cum-Entrance Test (NEET) had announced the application date in its advisory board meeting of December 22, 2016 even as it declared that the most sought after undergraduate medical entrance examination will be conducted on May 7 across the nation.
Related Post -
NEET 2019
NEET Eligibility Criteria 2019
NEET Application Form 2019
NEET Admit Card 2019

Till last year, CBSE used to declare the NEET application forms by December, but this year it has been delayed by a month which in turn worried the NEET aspirants. The media report quoting CBSE officials read, “There have been some changes in the application process, which caused the delay.” 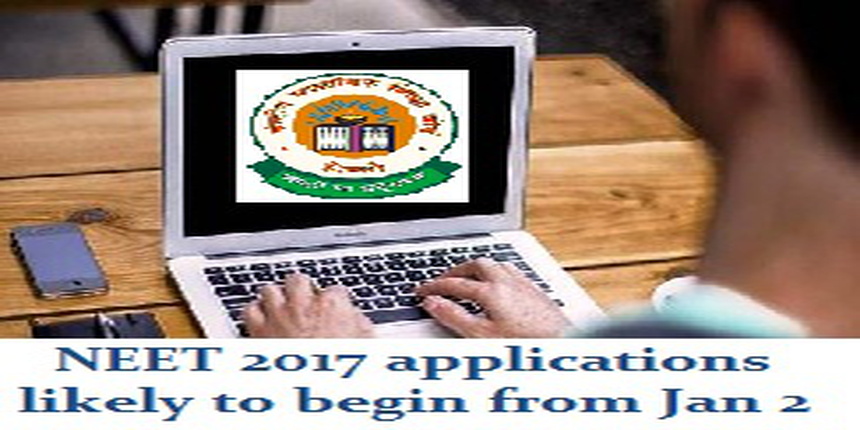 Further, it was also reported that candidates applying for NEET 2017 will have to enter Aadhar Card number, which has been mandatory by the CBSE for JEE Main 2017 applications too. The candidates will have to fill NEET 2017 application forms online including payment of fees as CBSE is promoting the Government of India’s cashless policy. Those who don’t have access to online payment options like Credit Card / Debit Card can go for ‘E-buddy’, another online payment option.

What is NEET UG?

The NEET 2017 will be held on May 7 as scheduled for 180 minutes where candidates will have to answer a total of 180 multiple-choice questions from Physics, Chemistry and Biology subjects.

Stay tuned to medicine.careers360.com for more news and updates on NEET