The NEET 2017 results, earlier scheduled for June 8, now stands postponed till June 12. With the Central Board of Secondary Education (CBSE), the exam conducting body of NEET, embroiled in legal tussles at the Madras and Gujarat High Courts, the results of the All India level national medical entrance exam will be indefinitely delayed until the cases are resolved. According to media reports, this delay in result declaration was officially sealed when the Madurai Bench of the Madurai High Court, which had earlier issued a stay order on the NEET 2017 Result until June 7, asked the CBSE to present before it the NEET 2017 Question Paper in all 10 languages on June 12.

The request for question papers in all ten languages by the Madras High Court was in response to one of the petitions filed by a group of affected students last month. In the interim order passed by Justice MV Muralidharan on May 24, the CBSE was prevented from releasing the results of NEET 2017 until June 7 until it could satisfactorily explain the logic behind setting different question papers in different languages. The petitioners in the case, all of whom had appeared for NEET 2017 in English and were later shocked to discover that the questions in Tamil were much simpler, had demanded that the exam conducted on May 7 be canceled and a fresh examination with uniform question papers be conducted.

On June 5, a similar case was heard in the Gujarat High Court, with the petitioners arguing that in this instance, the Gujarati paper was far more difficult than the English paper. The petitioners were joined by another group of candidates who had appeared for the NEET Exam in English, with both demanding that the NEET exam be held afresh. The Gujarat High Court deferred its decision until June 13, given that the Madras High Court would be hearing its case on the same issue on June 12. What both of these adjournments have undoubtedly ensured is that there is no chance for the CBSE to declare the NEET Result 2017 on the scheduled date of June 8.

The Madras HC’s order is another major blow to the CBSE’s claims on having conducted a smooth NEET exam, what with the body not being able to even release the Answer Keys and OMR Answer sheets of candidates as expected by the end of May. Medical aspirants eagerly awaiting these important notifications from the CBSE’s side have also been left frustrated by the deluge of legal cases and controversies the NEET 2017 exam has been engulfed in off late. To add to their confusion, numerous media reports across different portals have presented contradictory views and speculations from different CBSE officials on the proposed resolutions to these issues. Careers360 will be shortly publishing a detailed article containing the timeline of the various controversies which have plagued the NEET exam over the past 2 weeks and what can be expected in the days to come.

Go to medicine.careers360.com for the latest articles and updates on NEET! 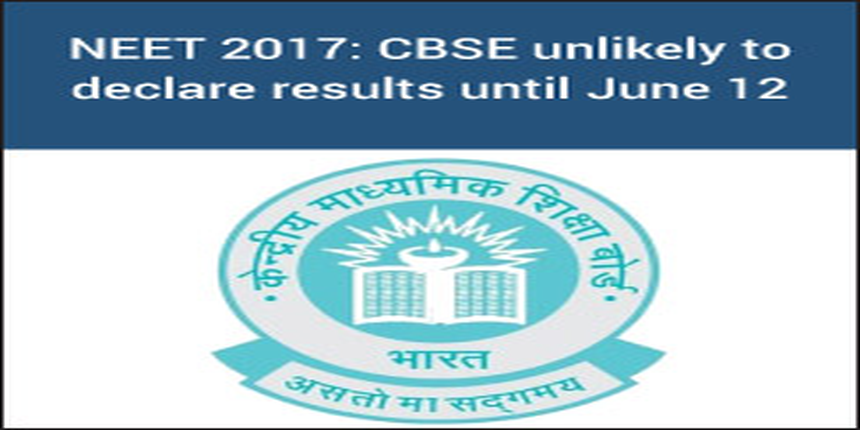 Will the eligibility criteria (PCB grouping) change for NEET UG next year?

see it is not possible to predict about next year neet eligibility changes. its true that in education system there would be lot of changing and moderation are coming. currently to become eligible to appear in neet, candidates must have studied and completed 10+2 course from a recognized education board with physics, chemistry, biology/ biotechnology and english as a mandatory subject. the marks criteria for aggregate pcb as per category wise is as follows:

you must pass 12th examination with physics, chemistry ,biology/biotechnology and English and must get:-

* There's no limit for the maximum number of attempts/times one can appear in NEET.

For detailed information about neet examination eligibility go through our page for which link is provided below; -

Now that , you  have limited time left for your neet examination I'll suggest you to focus on your preparation and revision,  go through mock test paper sample papers and previous year question papers as it will let you know your preparation level and and weak areas so that you can work on them and perform well in your examination.

National testing Agency NTA has not released official schedule for conduct of NEET 2021. It is expected that NTA will release the NEET application form in online mode at ntaneet.nic.in soon. You can however, start your preparation with our target NEET programme from link below:

Hii!
Don't worry, if you are a Hindi medium student. You can visit our careers360 website and download the previous year question papers for NEET UG entrance exam in Hindi. The link is given below -

HI.......i have got a rank of 6410 in neet mds 2021.are there any chance of getting clinical departments in all india counselling?

Do or die chapters for NEET 2021 - Physics, Chemistry & Biology Preparation