NEET 2017 second round seat allotment result for Central and Deemed Universities has been released by Medical Counselling Committee (MCC) on August 11, 2017. As per the counselling process of National Eligibility-cum-Entrance Test (NEET), the candidates who have been allotted either an MBBS or BDS seat in any of the Deemed and Central Universities need to report to their respective allotted institutions between August 12 and August 20, 2017.

Further, the NEET counselling 2017 and reporting process will be followed up by MCC organising a mop-up round. The seat matrix of the mop-round is scheduled to be announced on August 20, 2017. 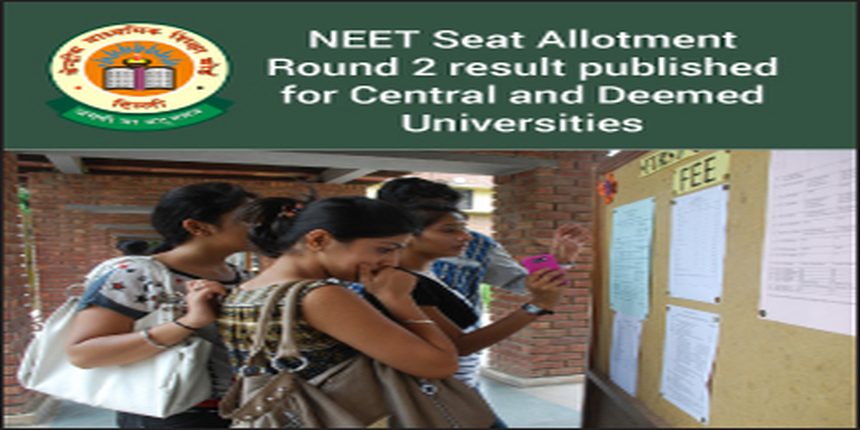 Analysing the NEET 2nd round seat allotment result 2017 it is found that most of the MBBS and BDS seats across the institutions are allotted against Management/ Paid and NRI Quota across the Central/ Deemed Universities. The NEET second round Central/ Deemed Universities result 2017 includes the status of as many as 16192 candidates enlisted between AIR 4 and AIR 647124.

Besides, the candidates who have opted for the second round of counselling in Central/ Deemed Universities can also check their individual status by entering their NEET 2017 Roll Number.

Candidates will need to report at their allotted institute in order to confirm the seats between the scheduled dates. In case of non-reporting at the medical and dental institutions, the allotted seats will be forfeited and deemed to be cancelled.

Stay tuned to medicine.careers360.com for more updates and news on NEET