The results of the National Eligibility cum Entrance Test (NEET) 2017 are unlikely to be announced until June 20 at the very earliest, following the Madras High Court’s stay order on the result declaration until June 12. Despite the Central Board of Secondary Education’s efforts to convince the Court to rule otherwise, even by enlisting the Centre’s support, the list of problems plaguing the All India medical entrance continue to grow unabated. With the Gujarat High Court also deciding to wait until the Madras HC verdict before issuing its own on June 13, NEET 2017 candidates across the country will now be wondering how they ended up in the middle of this sorry saga.

Ignoring for a moment the series of legal cases that engulfed NEET 2017 before it was even conducted on May 7, the post-exam controversies the CBSE has found itself in have been enough to tarnish the legacy of the much-hyped NEET story. First, there was the outrage generated over the forced and indecent application of dress code rules at various exam centres across the country for which the Board issued an official apology. This was quickly followed by rumors of a possible paper leak from certain centres in Patna and Jaipur. Before either of these issues could be resolved satisfactorily came another reason for uproar among the candidates, regarding the differences in exam paper difficulty depending on the candidate’s chosen language. The last of these has led to some serious repercussions for candidates and the Board alike, with the NEET 2017 Results indefinitely delayed from its previously scheduled date of June 8

Nine candidates who appeared for NEET 2017 in Tamil Nadu kicked off proceedings by approaching the Madurai Bench of the Madras High Court on May 19, their complaint being that the NEET paper in Tamil was far easier than the one attempted by them in English. This led to the first setback for the CBSE, with the Court soon issuing a stay order which restricted the exam authority from declaring the NEET 2017 Results until June 7 (later extended to June 12). The CBSE was given until then to satisfactorily explain to the Madurai Bench the reasons behind setting different papers for what was supposed to be a uniformly conducted NEET exam irrespective of the language. With the NEET Result set to be declared on June 8, this still gave the CBSE enough time to file a suitable response until the next hearing on June 6, an opportunity it inexplicably failed to take.

On May 24, the same day on which the Madras High Court issued its stay order, students and parents from Gujarat also filed a case in the Gujarat High Court in protest against the increased difficulty of the NEET Gujarati paper, arguing that the exam should be cancelled and held afresh in the interests of fairness. The Gujarat High Court also gave time to the CBSE to file its response by June 6.

Perhaps it was the Madras High Court’s stay order which also led to the CBSE failing to release the NEET Answer Key and OMR Answer Sheets of candidates as expected by the end of May. Whether the order extended to the release of the answer key is unclear, but the Board could have done a better job of notifying expectant candidates about the unforeseen delay. Then again, all of this could have been avoided if the Board had simply communicated to candidates that NEET 2017 wouldn’t be following the standard practice of having a uniform question paper translated across languages as almost everyone expected.

June 6 saw the CBSE present its case before the two different High Courts, the Madurai Bench of the Madras High Court and the Gujarat High Court.

It was before the Madurai Bench that the CBSE clarified for the first time that it had indeed set different question papers for the English and Hindi candidates as compared to the vernacular language candidates. As per the CBSE’s Regional Officer in Chennai, MD Dharmadhikari, the reason behind not translating the same paper into all ten languages was done to avoid any possible leakage of the question paper. Stating that only two different question papers were used rather than 10 different ones, Dharmadhikari said both papers were of equal difficulty. He also said that contrary to allegations being raised by candidates, the CBSE had always maintained that it would be conducting a common entrance exam, not necessarily with a common exam paper as had been presumed. Backing up his claim with NEET language-wise candidate statistics, Dharmadikhari mentioned how out of the approximate 11 lakh candidates who had registered for the exam, more than 9 lakh had opted for the English paper and around 1 lakh had opted for the Hindi paper. It was only another 1 lakh candidates who had opted to appear for NEET 2017 in the 8 vernacular languages. Therefore, providing one question paper in English and Hindi, which would account for 90% of the candidates, and another common one for the vernacular languages which only accounted for 10%, would safeguard the chances of the majority were the paper ever to be leaked in any of the the 8 vernacular languages. Also, setting the same question paper in 10 different languages would have required the participation of multiple subject experts, which might have increased the chances of paper leaks.

In response to the claim that the Tamil language paper was easier than the English one, Dharmadhikari referred to the case being fought in the Gujarat High Court on the claim that the Gujarati paper was tougher. If the same paper was used in both languages, how did the students in Gujarat find it difficult while the students in Tamil Nadu found it easy, he asked, urging the Court to trust the abilities of the subject experts who set the papers rather than the allegations of the candidates. In conclusion, the CBSE asked the Madras High Court to vacate the stay order which would restrict the declaration of results until June 12, stating that this delay would hamper the entire admission schedule for the coming academic year.

What is interesting to note here is that the CBSE had been asked by the MHRD to explain the varying difficulty levels of the regional question papers within a week of NEET 2017 being conducted, just when the controversy was beginning to brew. Perhaps a public clarification at that stage could have helped avoid the slew of petitions that were to follow in the coming weeks.

While the CBSE might have been justified in setting only two different papers across the 10 NEET languages, which will again only be proved after a closer analysis by the Madras High Court on June 12, some pertinent questions may be bothering candidates right now:

1)      Why did the CBSE not communicate its intended method of setting two question paper language-wise to the NEET 2017 candidates, almost all of whom would have been expecting a uniform question paper? At the very least, it may have helped candidates decide which language paper they would rather write their exam in -English/Hindi, or the vernacular one of their choice.

2)      Did the CBSE not declare the above information publicly because it believed that this too would increase the risk of paper leakage? If adequate security measures cannot be ensured while setting the paper and holding the exam, then its either time to go back to the old model or to bring in another conducting authority which can hold a truly ‘uniform’ exam. Otherwise the concept of NEET makes little sense.

3)      If paper leaks in vernacular languages are possible, what makes the English paper foolproof, given that both sets of question papers were distributed in most of the 104 exam centres across the country?

The Gujarat High Court also asked the latter question when presented with the CBSE defense on the same day as the Madras High Court hearing. The CBSE’s argument about wishing to prevent a question paper leak was rebutted by the Court, which agreed with the petitioners and said that such a move amounted to discrimination among candidates. Given that the matter is already sub judice in the Madras High Court, the Gujarat High Court adjourned the next date of hearing to June 13.

What the CBSE could have done better

The proceedings at both of the High Courts have now raised some real concerns for the CBSE. While the Board may have requested the Madurai Bench of the Madras High Court to vacate the existing stay order in the interests of the students, it can be argued that it should have been more proactive in addressing these concerns earlier. For instance:

After having unofficially claimed that it had a set a uniform question paper and that the concerns of students were unfounded, the Board has had to publicly go back on its position in front of the Courts. Is there any unexpected stance that it intends to take which may confuse students even more? The best recourse for the CBSE at the moment to salvage something from the NEET 2017 mess is to open its official channels of communication, explain the course of events from their own perspective rather than letting media reports bridge the information gap and make clear a concrete plan of action to all candidates. This is the least it can be expected to do as long as the hopes, dreams and aspirations of more than 11 lakh prospective doctors of the country lie in its hands. 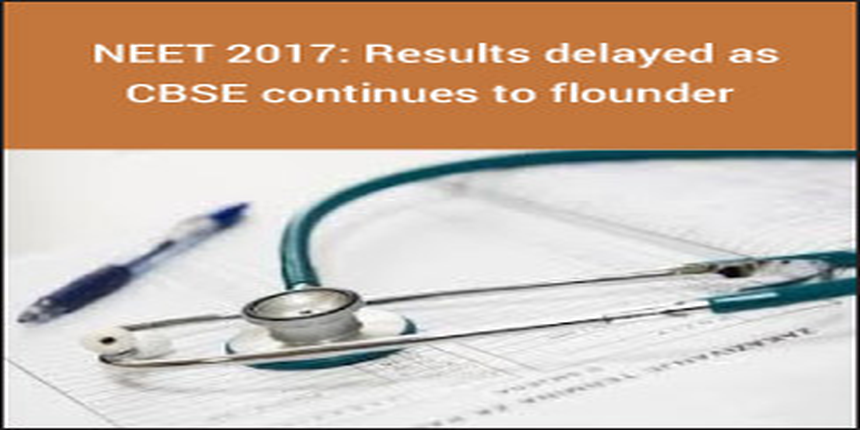 For the latest updates and articles on NEET, visit medicine.careers360.com!