“As per the Supreme Court's order and ordinance passed by the Government of India, CBSE will conduct NEET for admissions to MBBS and BDS seats across the country. Further, candidates who are willing to take admissions in medical and dental seats in Karnataka, including those with private colleges, have to necessarily appear in NEET,” a notification on KEA website stated. 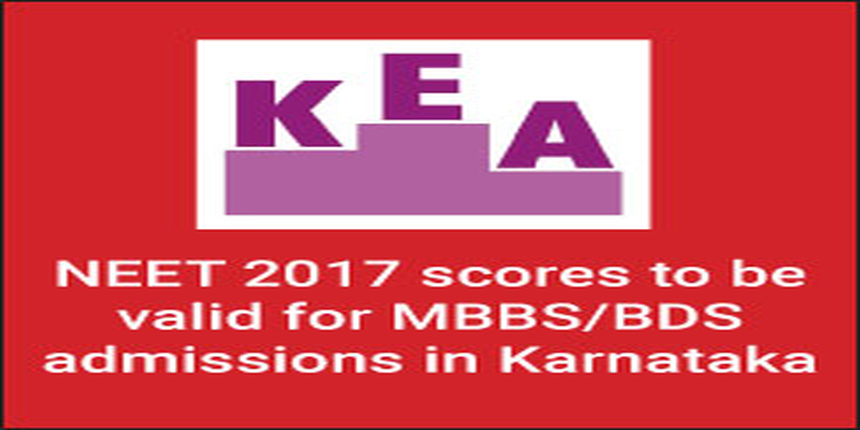 According to the officials, the candidates who will qualify in the NEET examination for Karnataka state will be eligible to select medical and dental seat based on the NEET scores. Further, KEA will prepare the merit list based on NEET scores and allot 85 per cent Government Quota seats.

Since, NEET scores will be accepted for the first time in Karnataka for Government quota seats, KEA has put information on its website on the question paper pattern, eligibility criteria, syllabus and NEET 2016 question paper along with other detailed information about the exam.

The Supreme Court on May 9, 2016 had ruled that only NEET would enable students to get admissions to MBBS and BDS seats. With this judgment, all private and Government medical entrance exams including KCET had stood cancelled. Read the full story here.

The Centre, however, had passed an ordinance on May 20, 2016 to defer NEET by a year for State Governments and their affiliated institutions in the academic year-2016. The Government had also made it optional for State Government to conduct admissions basis NEET 2016 scores. Read the full story here.

Henceforth, many states had accepted NEET scores including Uttar Pradesh and Uttrakhand. Though, Karnataka had conducted its own entrance exam in 2016.

Other states are also expected to announce admission to MBBS and BDS programme through NEET. The counselling process, however, will be a centralized exercise for each state government.